As in the headquarters of Christianity (namely the Vatican in Rome) at the headquarters of Islam too (namely in the Kaaba temple in Mecca city of Saudi Arabia) the ancient Hindu Shiva Linga may still be seen. This cylindrical stone, rendered immovable for security by being fixed in the outer corner of a wall, is the object of reverence of all Muslims. Here Muslims still continue the seven perambulations in the age old Hindu style except that they move anti-clockwise. White silver foil shrouds the stone. The oval uncovered central portion gives the pilgrims an idea of how the stone looks. Syrians had once carried away the stone as a war trophy and kept it for 22 years. 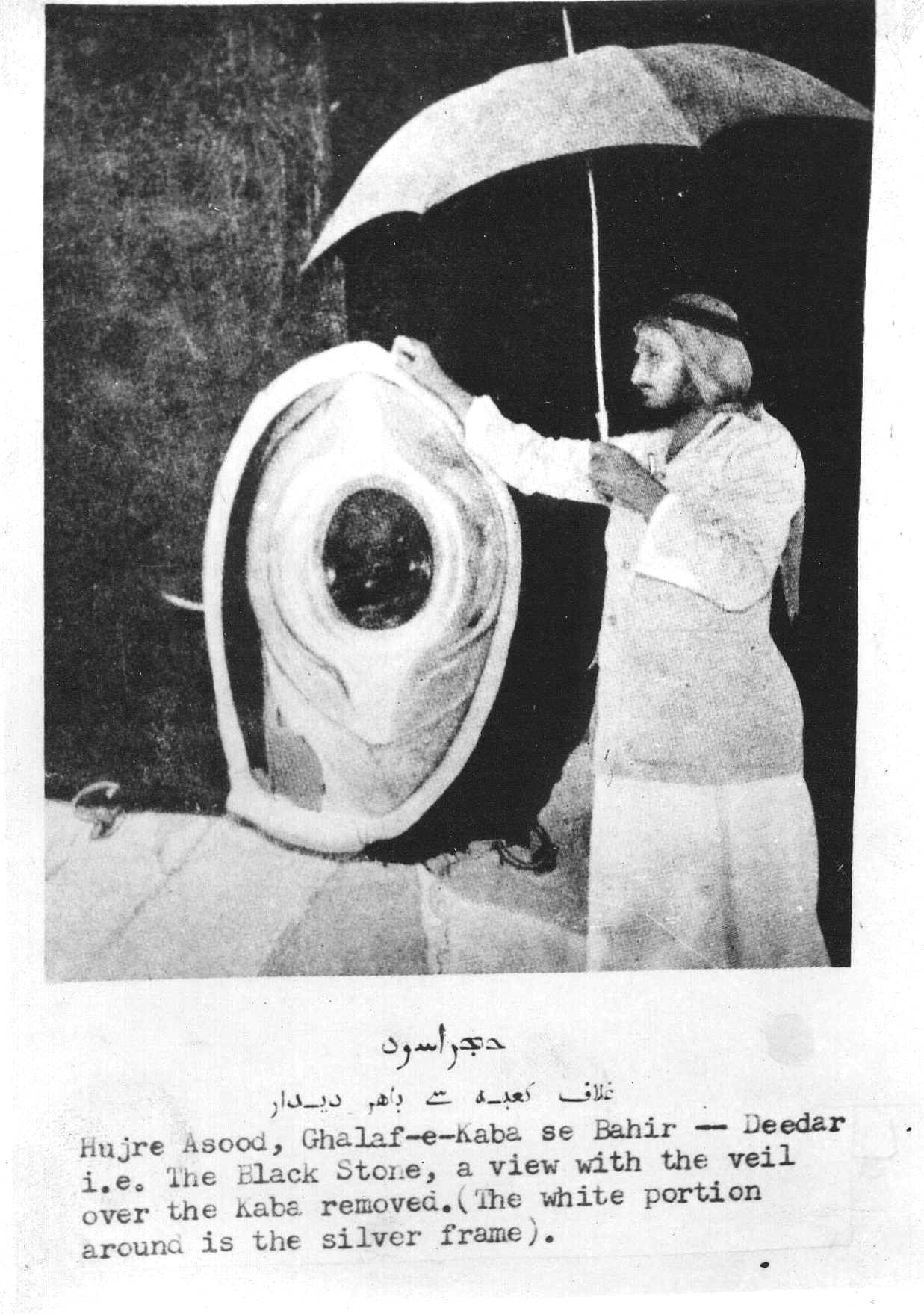 Here is another view of the black stone at the Kaaba. 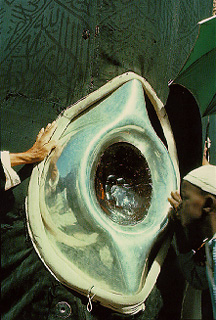