Roman consul wearing the Hindu forehead mark indicating that in ancient times Romans were Hindus. Roman emperors also sported the title 'Dev' as the termination of their names in the Hindu royal style. [The 'V' mark is called tilok, and is worn on the forehead to represent that one is a Vaishnava, a worshiper of Lord Krishna or Vishnu.] (Published in "History of Rome" page 237 by Smith and in "Long Missing Links" by Aiyangar.) 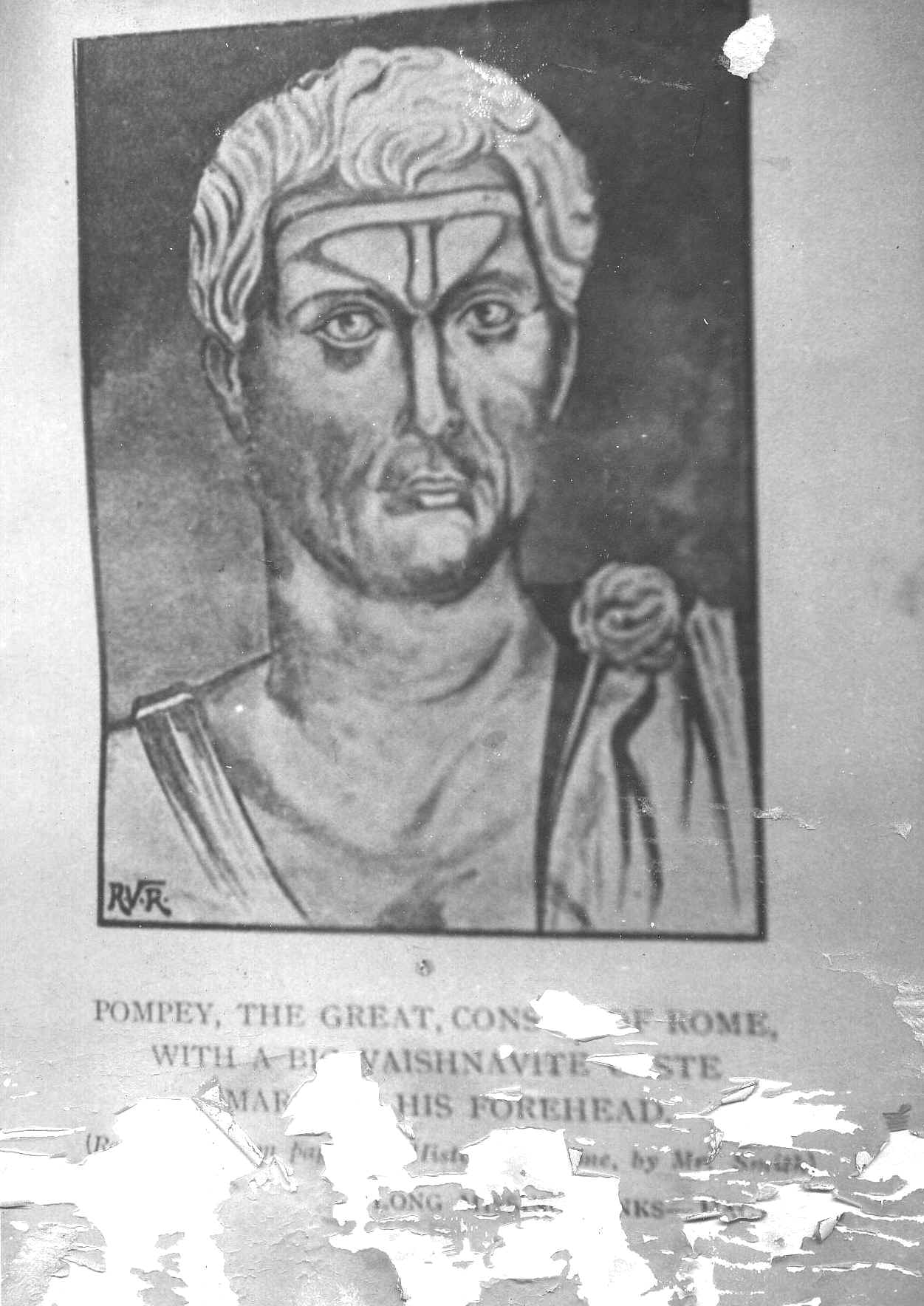