This mosaic captioned "A Pastoral Scene" is of the 2nd century A.D. and is on display at the museum in Corinth, 60 Km. from Athens (Greece). Obviously this is Lord Krishna the Hindu incarnation in his boyhood. The bare body, the horizontal flute, the cross-legged stance, standing under a tree with a few cows grazing around is exactly how Krishna is depicted in Hindu pictures. This is proof that in ancient Hindu Europe, Krishna and Rama as much as the Shiva Linga were worshipped as they are still worshipped by the Hindus in Hindusthan. 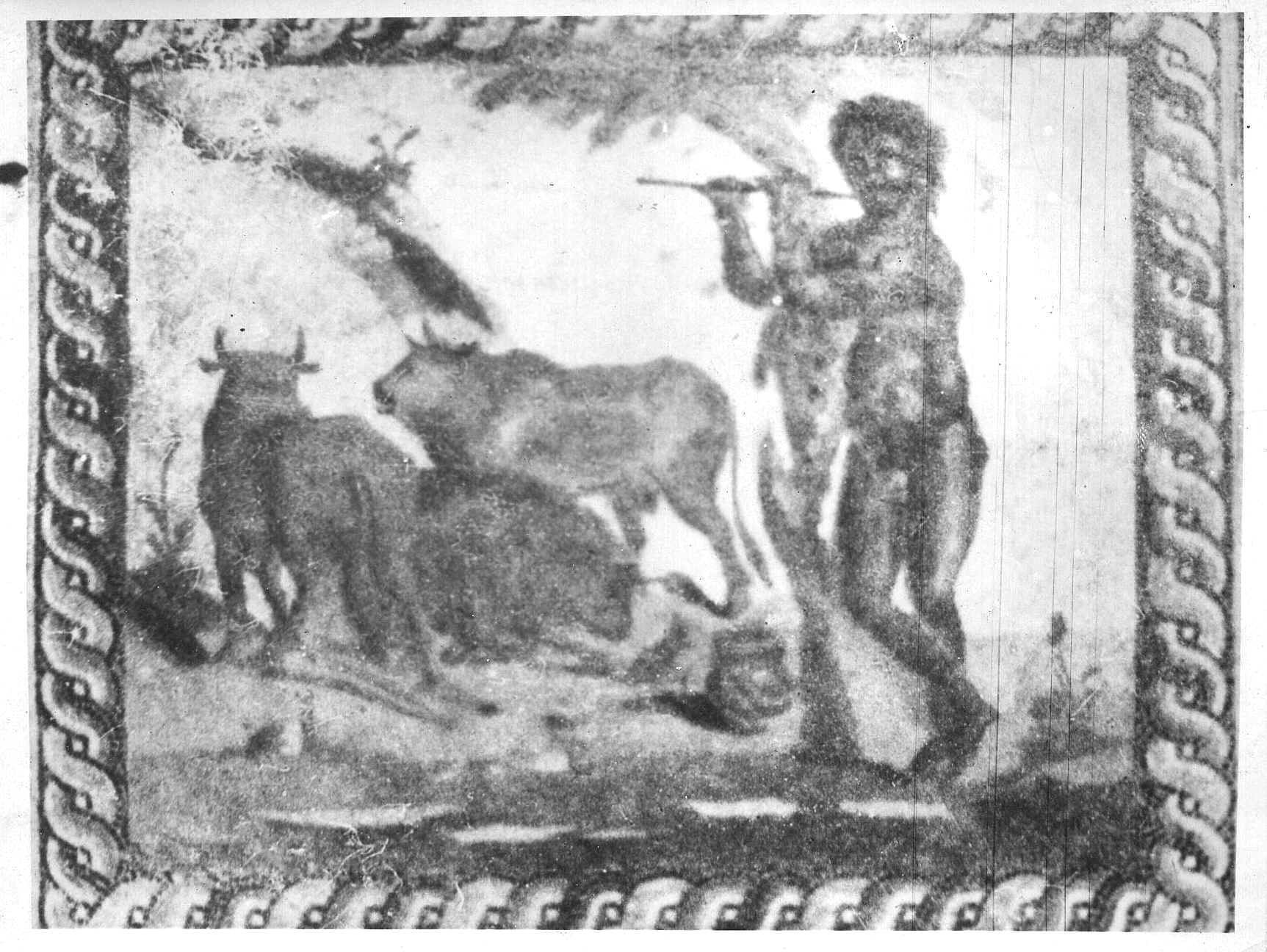