The British coronation chair in Westminster Abbey in London. It has lions at its four legs. (Only two front ones are seen in this photo.) This is because England's royal tradition is of Hindu origin. A Hindu king has to be crowned on a Simhasana, i.e. a Lion's Seat. The almond-colored square stone (seen in the shelf under the seat) is an ancient Hindu memento carried from Delhi, i.e. Indraprastha by Hindu warriors when they first set up throne in the distant British isles.

[The following is a different caption under a replica copy of the same photograph in the album.]

It is no coincidence that this coronation chair of British royalty in Westminster Abbey, London, is literally a Lion's seat (simhasan) as it is called in Hindu tradition. A cutpiece of an ancient Shiva Lingam serving several vicissitudes may also be seen reverently placed in the compartment under the royal seat. The sacred stone is known as the Stone of Destiny (Bhagyavidhata) alias stone of Scone (because it was brought from a church in the city of Scone in Scotland, to London in 1296 A.D.). But before being brought to Scotland, it was at the Hill of Tara (Taragarh) in Ireland. Thus, these two, i.e. the Simhasan & Shiva Lingam reaching back into immemorial antiquity, are significant proof of Britain having once been a Hindu country ruled by Hindu Kings. The lions are also of the Burmese and Mysorean Hindu design. 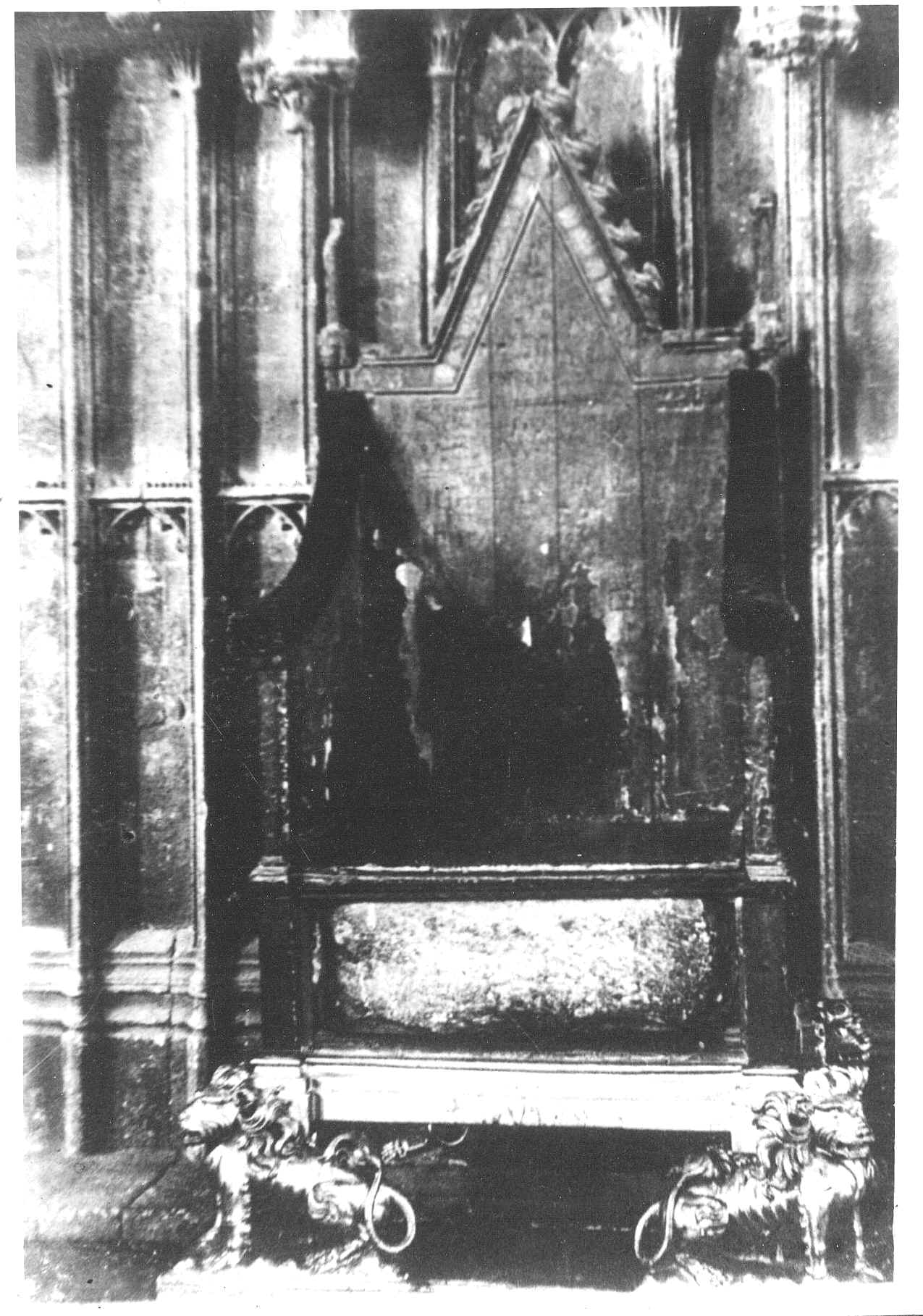