[Top photo] Three Hindu gods. The one at the left known as Ayu Devata (God of life) is still invoked in Siberia if some near and dear one falls seriously ill. The other two are just samples of the many gods and goddesses sold in the bazar of Ulan Bator, the capital of Mongolia. These indicate how Hinduism prevailed in the ancient world. Even the Slav people in Europe worshipped Hindu deities.

[Bottom photo] A Ramayanic scene found painted in ancient Italian houses discovered in archaeological excavations. Kausalya, Kaikeyi and Sumitra, wives of the aged king Dasharath sharing the divine fertility potion to beget illustrious sons. The Dasharath legend is also part of ancient Egyptian lore. All this shows that countries of Europe and Africa were Hindu in ancient times. 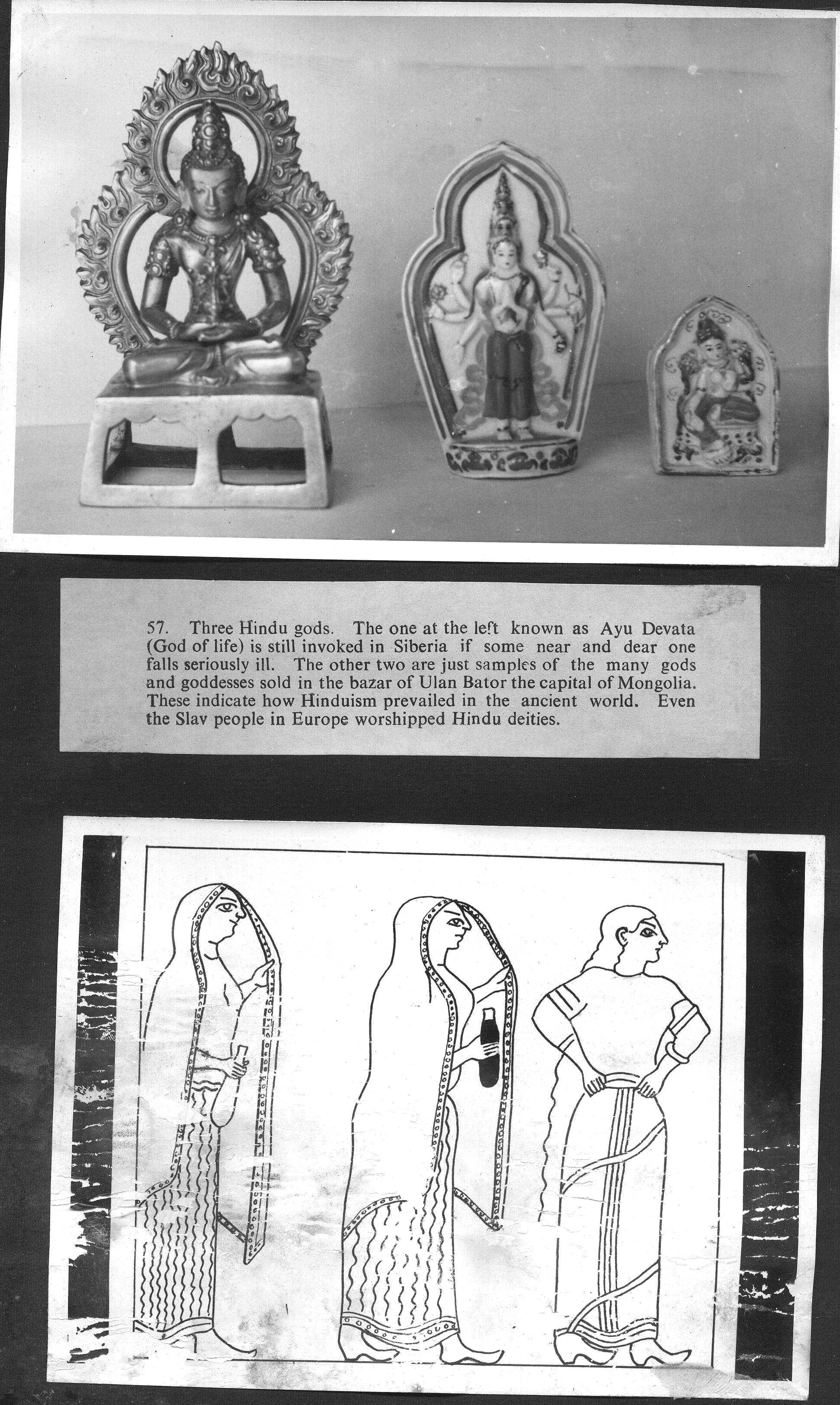