Here are two pages (402 and 403) of the Badshahnama, the history of Shah Jahan, the so-called builder of the Taj Mahal. This is from the Government of India's National Archives, and available from the institutional libraries dealing with the medieval history of India.

This is supposed to have been written by the emperor's chronicler, the Mullah Abdul Hamid Lahori. It describes the site of the Taj Mahal as being full of majestic and lush gardens just south of the city (Agra). It goes on to say that the palace of Raja Mansingh, which was owned by his grandson Raja Jaisingh, was selected as the place for the burial of the queen Mumtaz. This means, of course, that Shah Jahan never built the Taj Mahal but only acquired it from the previous owner, who was Jaisingh. 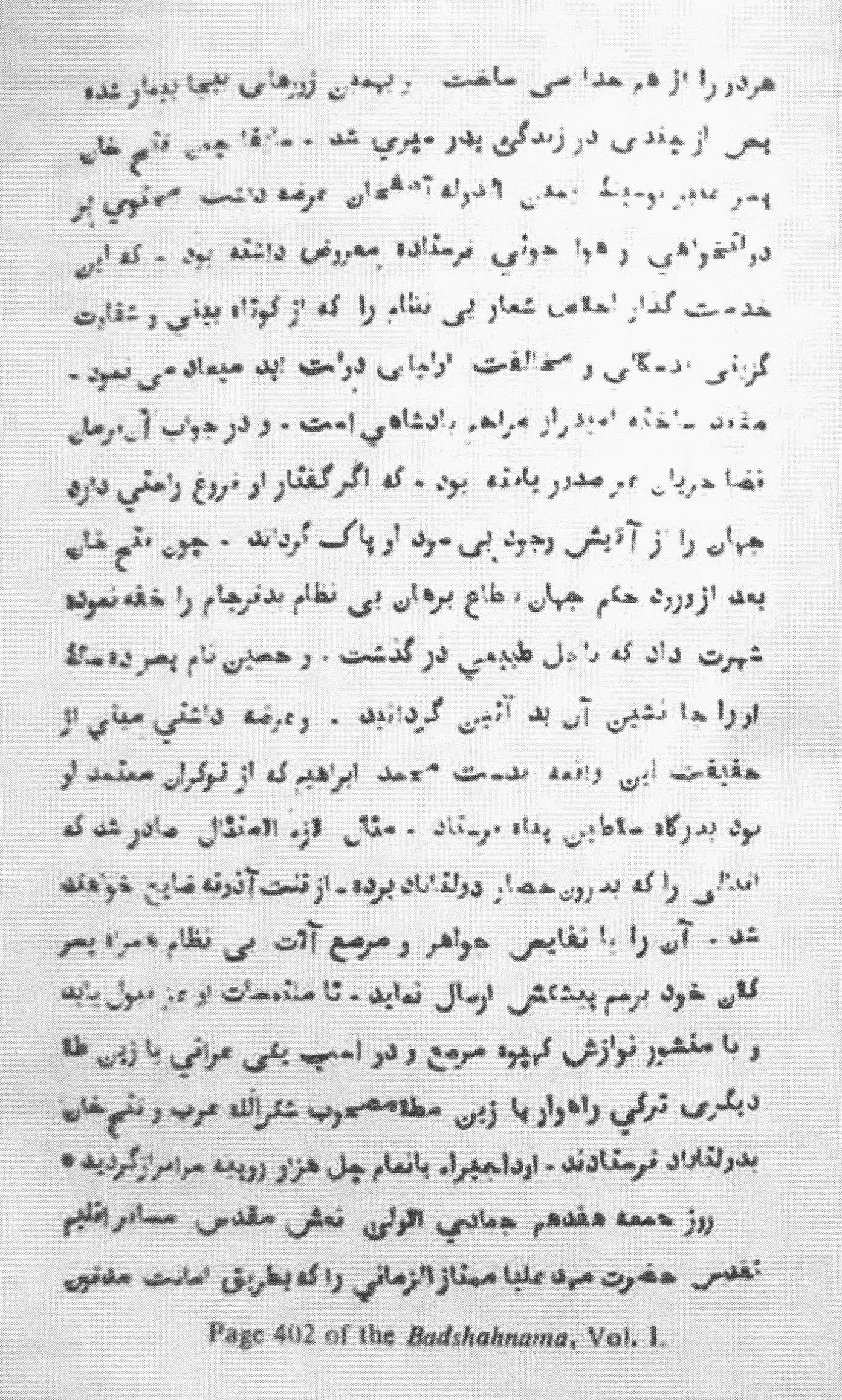 [Home] [Back to the Taj Mahal page]