This photo proves that the so-called Humayun mausoleum is an ancient Hindu temple palace. Inquiries with archaeologists in Delhi drew a blank They have never seen these footprints, which indicates that they are heir to a lot of non-information and mis-information. Humayun is not at all buried in Delhi. According to Farishta's chronicle (English translation by John Briggs, Vol. II, page 174) Humayun is buried in Agra, while according to Abul Fazal (Elliot & Dowson, Vol. VI, page 22) Humayun lies buried in Sirhind. 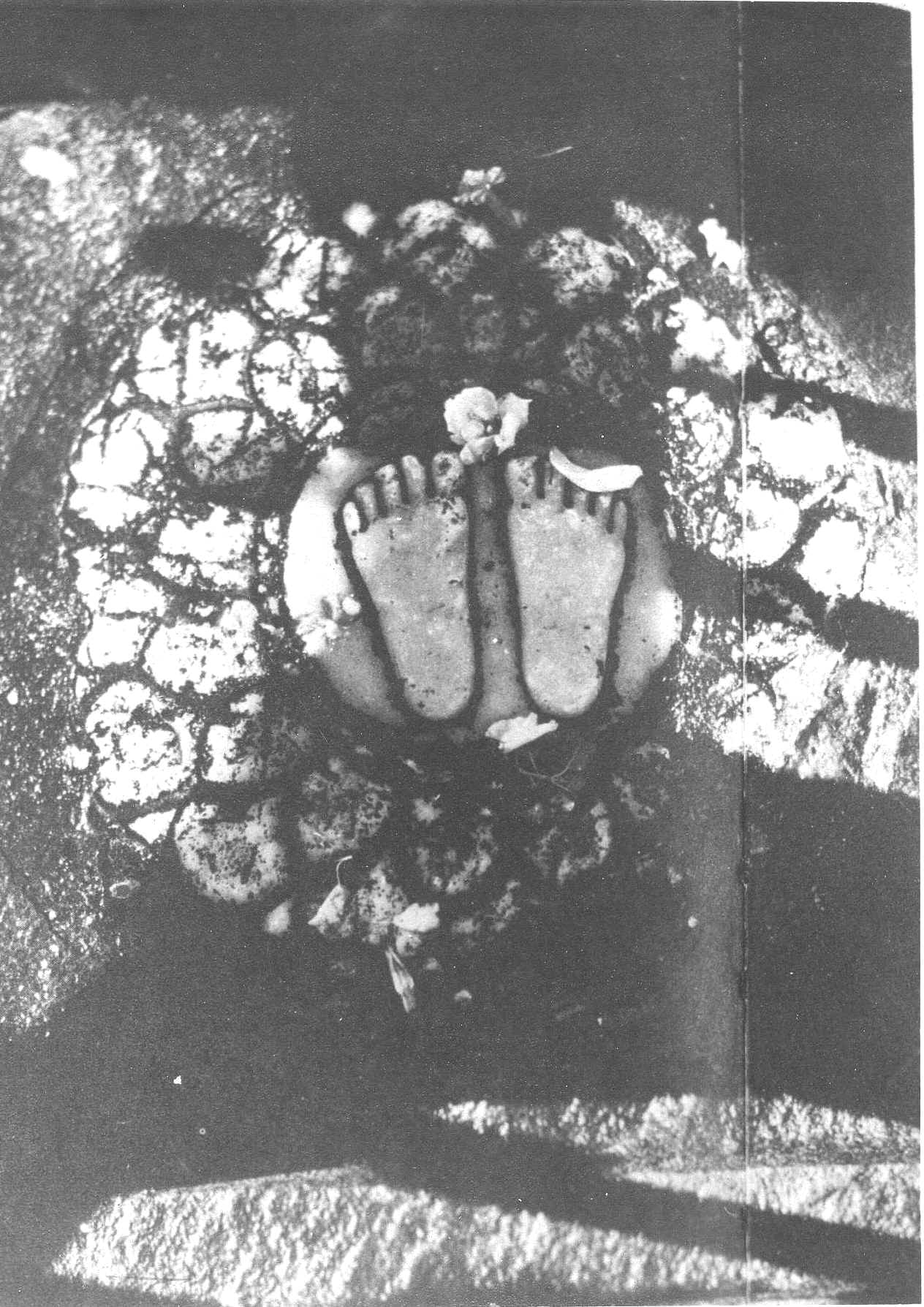