Here is a view of the reclining Vishnu Deity, Lord Ananta Padmanabhaswamy, in Trivandrum  (Thiruvanathapuram) in Kerala. He is reclining on His servant, Lord Seshanaga, the great serpent Who is but an expansion of the Lord's energy, and incarnation of Lord Balarama, Lord Krishna's brother. Any time you see a reclining Vishnu, He is reclining on Lord Sesha. As in the temple, the small Deities are in the front, while the main Deity is in the back. While viewing the Deity at this temple, you pay your obeisances at all three doorways. The Deity is lit only with ghee lamps and it is rather dark in the sanctum. So these prints will give you an idea of what you will see. The lower print offers another depiction of the altar after the Deity had been discovered to have gold underneath some of the areas. 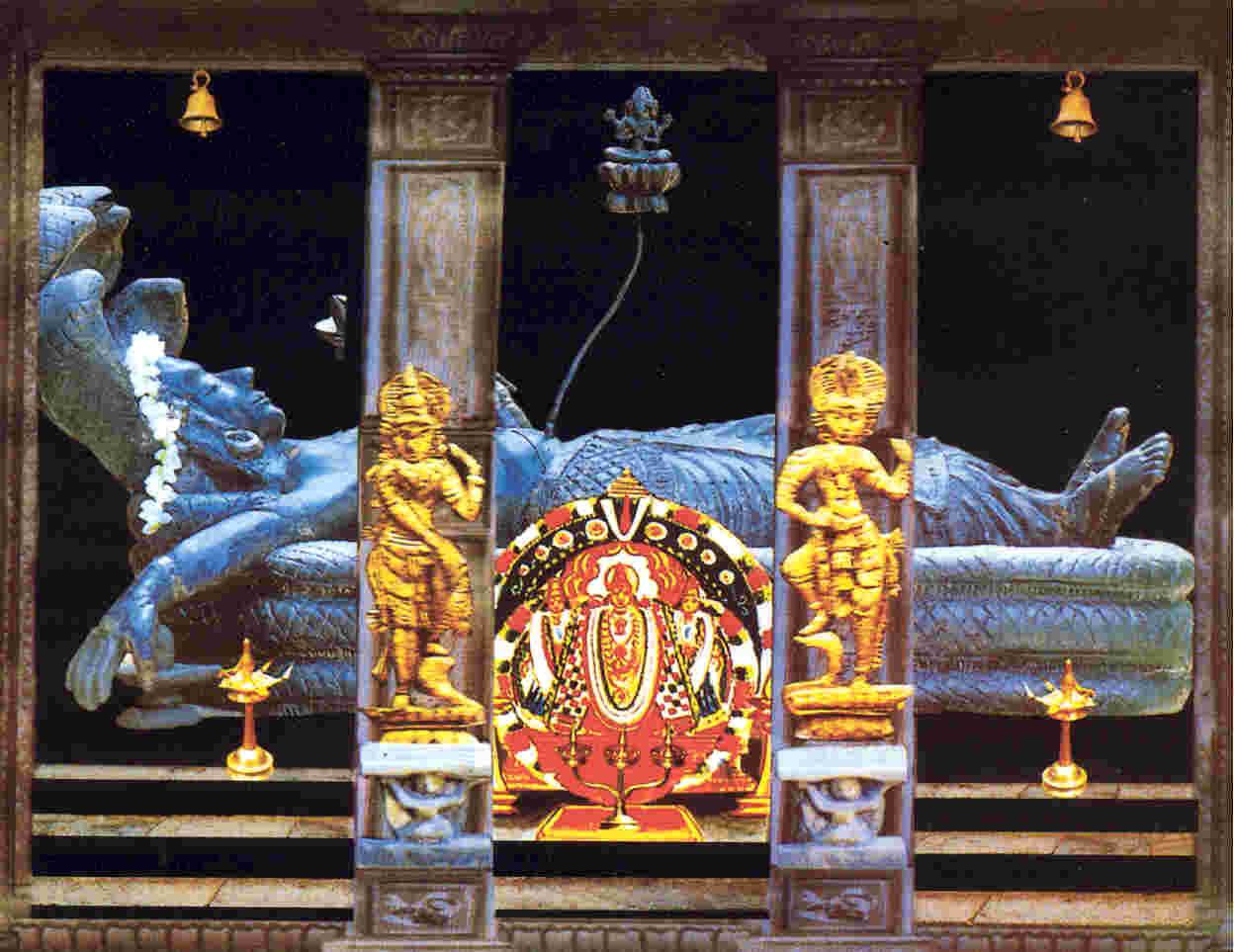 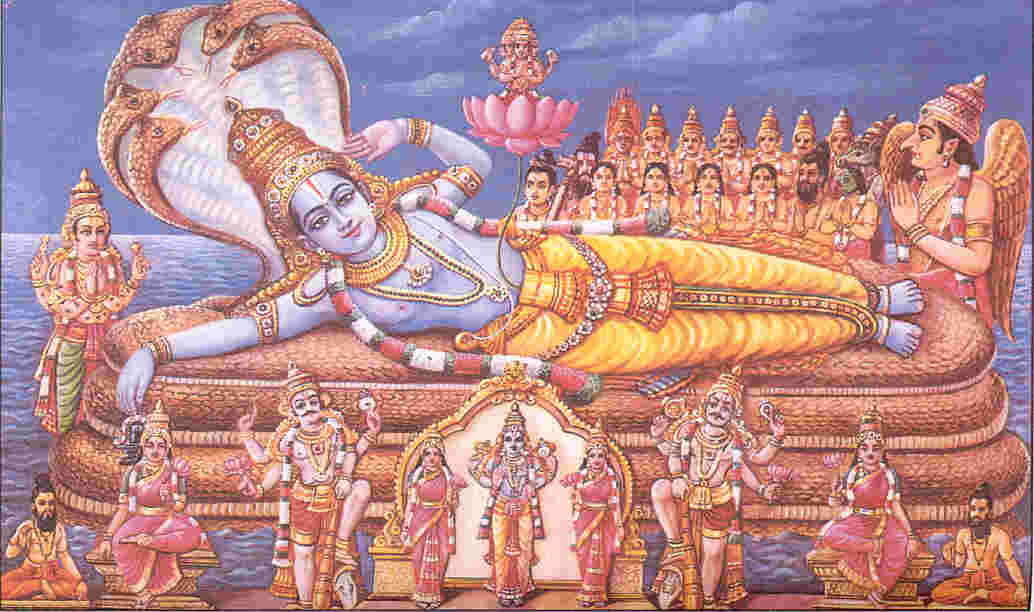