[Top photo with the caption underneath, which reads as follows:] A panel of the so-called Kutab tower in Delhi. The exquisite serpentine Hindu pattern in the upper part is the wreath called 'Makar Torana' because it emanates from the mouth of a crocodile. This is a very common sacred Hindu motif in historic buildings. The Islamic tampering and forgery in stone may be seen in the lower portion. An attempt has been made to plant Koranic lettering. Such forgery in stone fooled even historians who thereby inadvertently ascribed those buildings to Muslim authorship.

[Bottom photo] This remnant of a temple around the so-called Kutab Minar in Delhi has been named 'Kuwat-ul-Islam' mosque by the conqueror Kutubuddin in the closing years of the 12th century A.D. The term signifies "The Strength of Islam" in capturing and battering a Hindu temple and blatantly using it as a mosque. Ignorant historians who could not explain away the Hindu workmanship foolishly concluded that the Muslims demolished some other temple and carried the Hindu pillars hither to raise this 'mosque (?).' This is an absurdity from every point of view. Muslims only seized Hindu temples and pressed them into service as mosques. 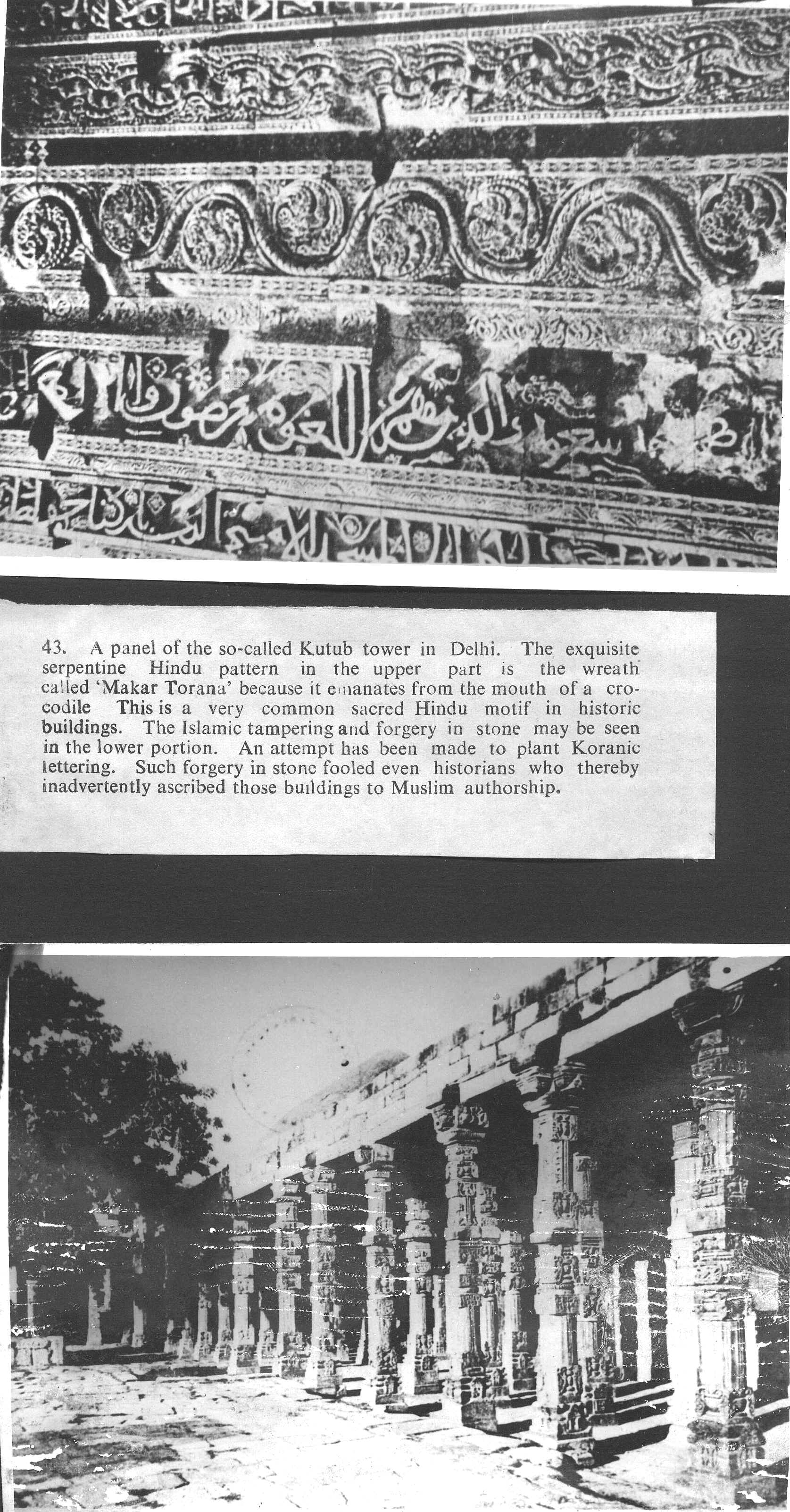