Twenty-five miles from Baroda (now Vadodara) city is a fort Pavagad. At its foot is a beautiful township called Champaner. Most of its magnificent Hindu buildings are being misused and misrepresented as mosques and tombs. Here is one truncated ornamental Hindu palace pavilion being paraded as a mosque. Being exquisitely carved, Muslims call it Nagina (ornamented) mosque. The lotus pattern flanking the arches is typically Hindu. Intricate, ornamented carving is sacrilegious and distracting for Muslims. The battered top indicates how destroyers have called themselves builders. 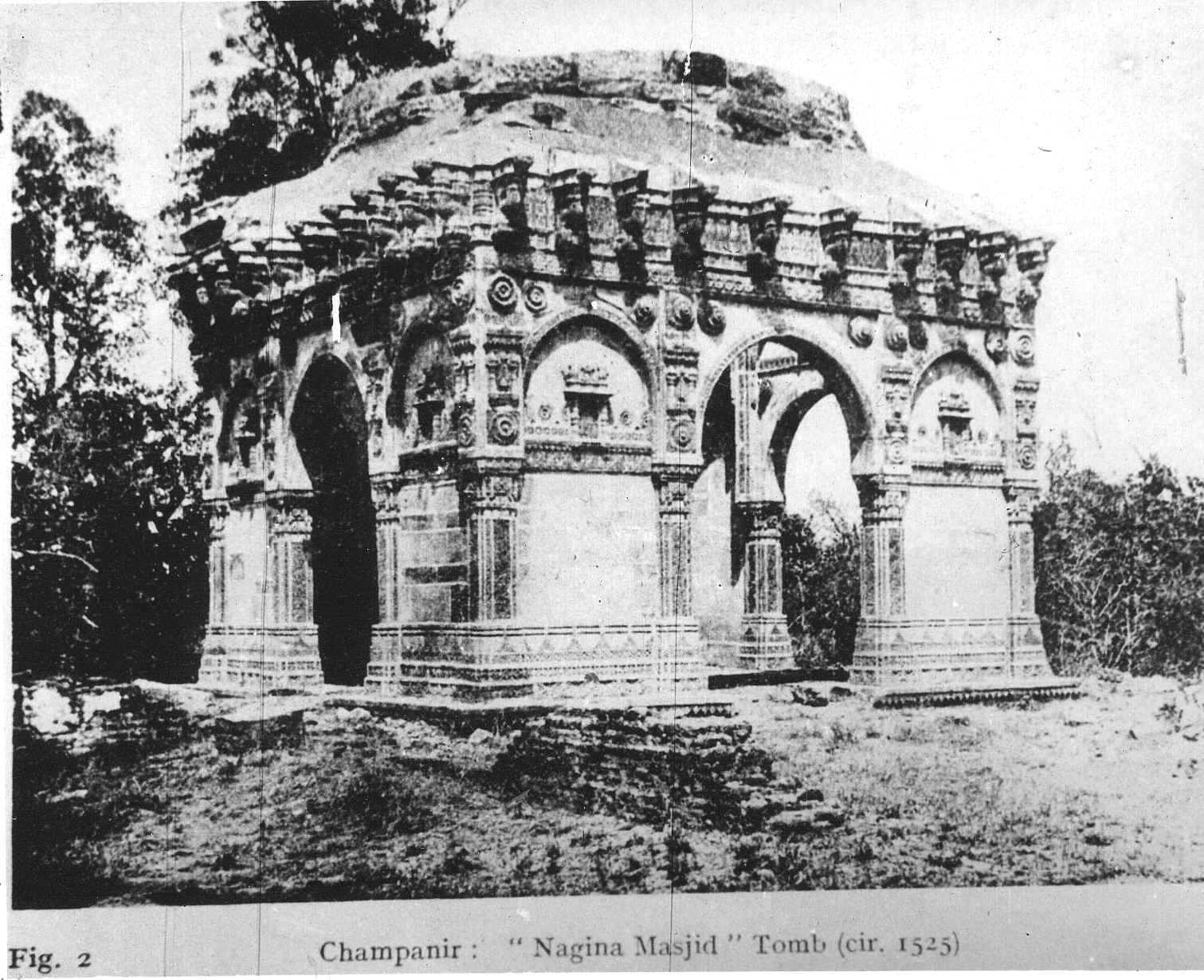