Currently known as Adhai-din-ka-Zopda (the 2-1/2 day cottage) in Ajmer (alias Ajeya-Meru) this edifice was a magnificent, majestic Hindu temple. Invading Muslims battering it for 2-1/2 days after capture reduced the mansion to desolation--hence the name. Historians, architects and archaeologists blindly ascribing it to Muslim creation lustily describe ancient classic Hindu architectural masterpieces as Islamic. 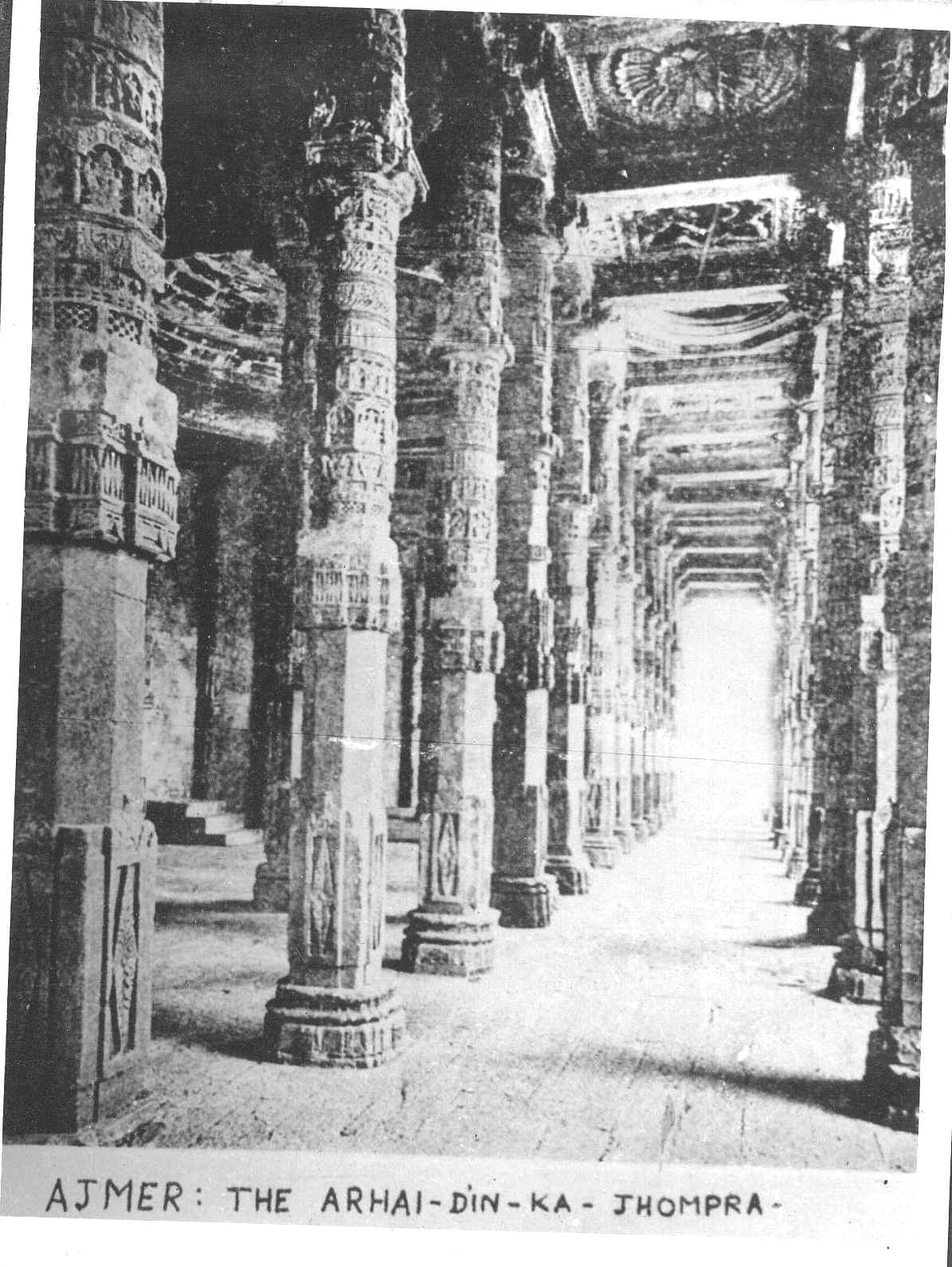