[Top photo] Elephants on elevated platforms curving their trunks in a welcome arch over the gate of the city palace, Kota, a principality. Goddess Lakshmi is also flanked by such welcoming elephants. Fatehpur Sikri too has an identical gate. Had Akbar erected that township its gate should not have had that Hindu design. Moreover those elephants have been beheaded, which is additional proof that on capture of that township Muslim occupants couldn't bear the sight of those Hindu elephants. Guides usually skip that gate. Before hiring the guide, visitors must insist that he show them the elephant gate also.

[Lower photo] An apartment of city palace, Kota, a Hindu capital. Pictorial patterns on walls are a Hindu feature. Therefore picturesque walls behind the royal seat in the Red Forts in Delhi and Agra, are proof of their Hindu origin. Similarly, the palace in Srirangapatnam with painted designs on its walls usually ascribed to the Muslim Tipu Sultan is of Hindu origin. 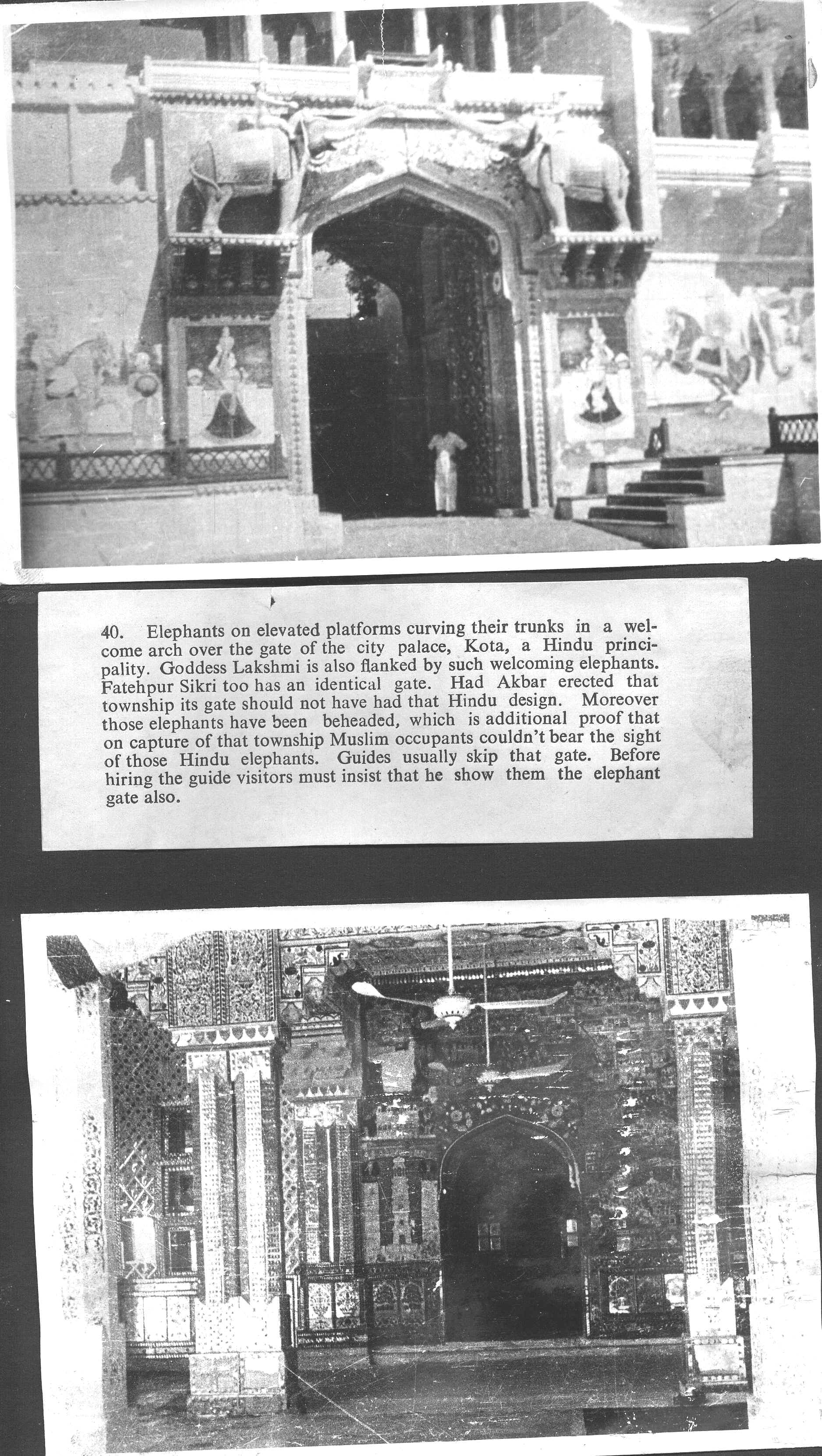