[Top photo] This building at Aurangabad in the Deccan was built by a Hindu Raja who was impressed by the Tajo-Mahalaya in Agra when he visited it on pilgrimage in pre-Muslim times. Ironically, Shahjahan planted a grave in the Agra building while his son and successor Aurangzeb planted his own wife's (fake) grave in the Aurangabad building. Other historic buildings in Aurangabad are similarly of Hindu origin though they are currently ascribed to Muslims by somnolent historians. The Hindu origin of this building, now wrongly dubbed as Bibi-Ka-Makabara, is discussed in Mr. P. N. Oak's article in the Deepavali 1972 number of Marathi Dharmabhaskar monthly.

[Bottom photo] In Farkanday village in Jalgaon district in Maharashtra is this ancient Hindu temple currently used as a mosque. If one person climbs to the top of each of the two towers and hugs the window vigorously, both the towers rock gently as in an earthquake. This gimmick of ancient Hindu architecture has no parallel. Historians who ascribe such marvels to Muslims do not realize that Islam has no ancient architectural texts [or standards of construction methodology] of its own. 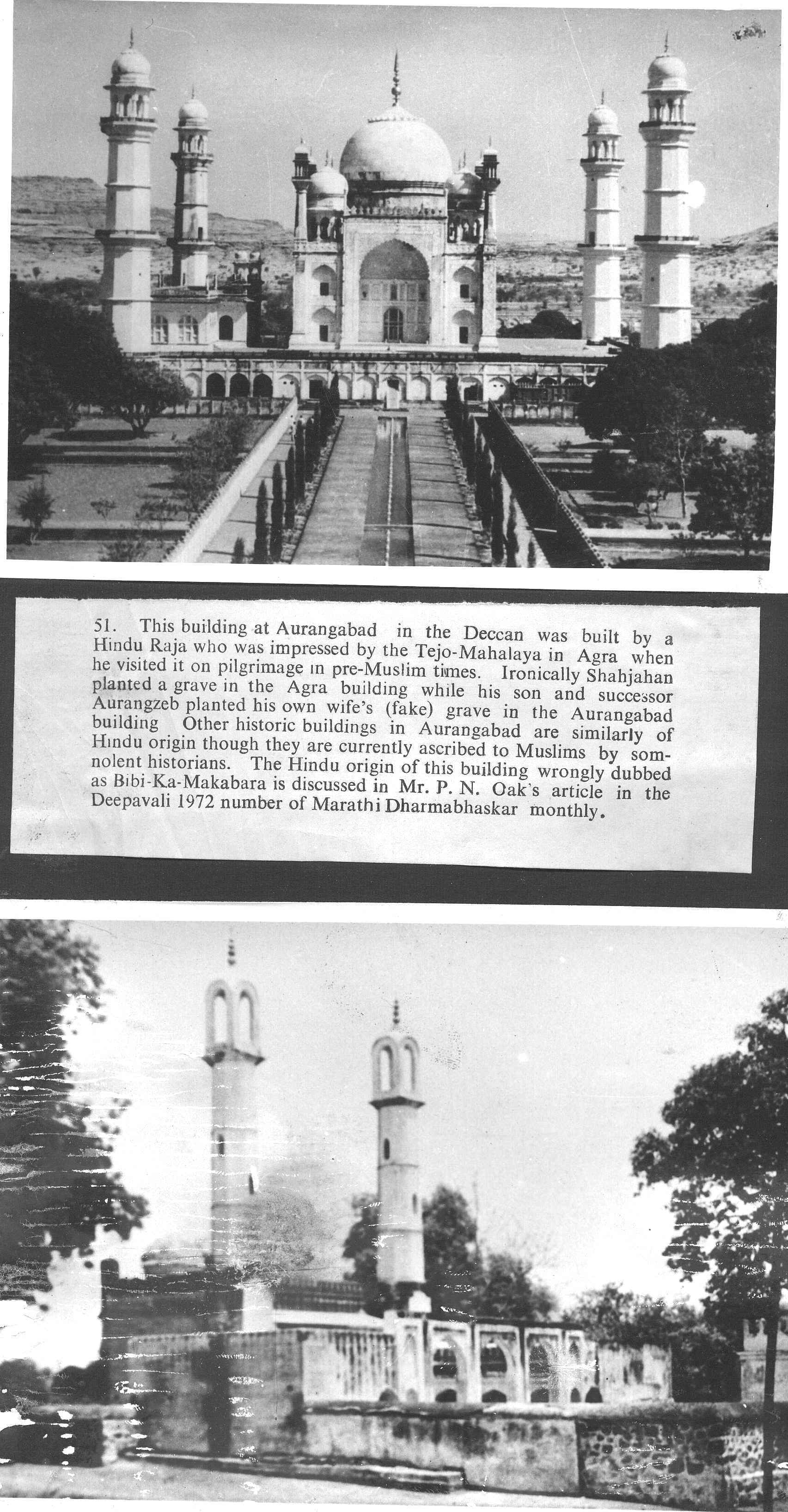