A close-up of the interior top of the entrance arch of the so-called Moti Masjid (which was Hindu Moti Mandir) inside Delhi's Red Fort. The arch at the bottom may be seen to be made of banana bunches. On either side above the arch are trays holding five fruits each as holy Hindu offering. Fruit is taboo inside Muslim mosques. 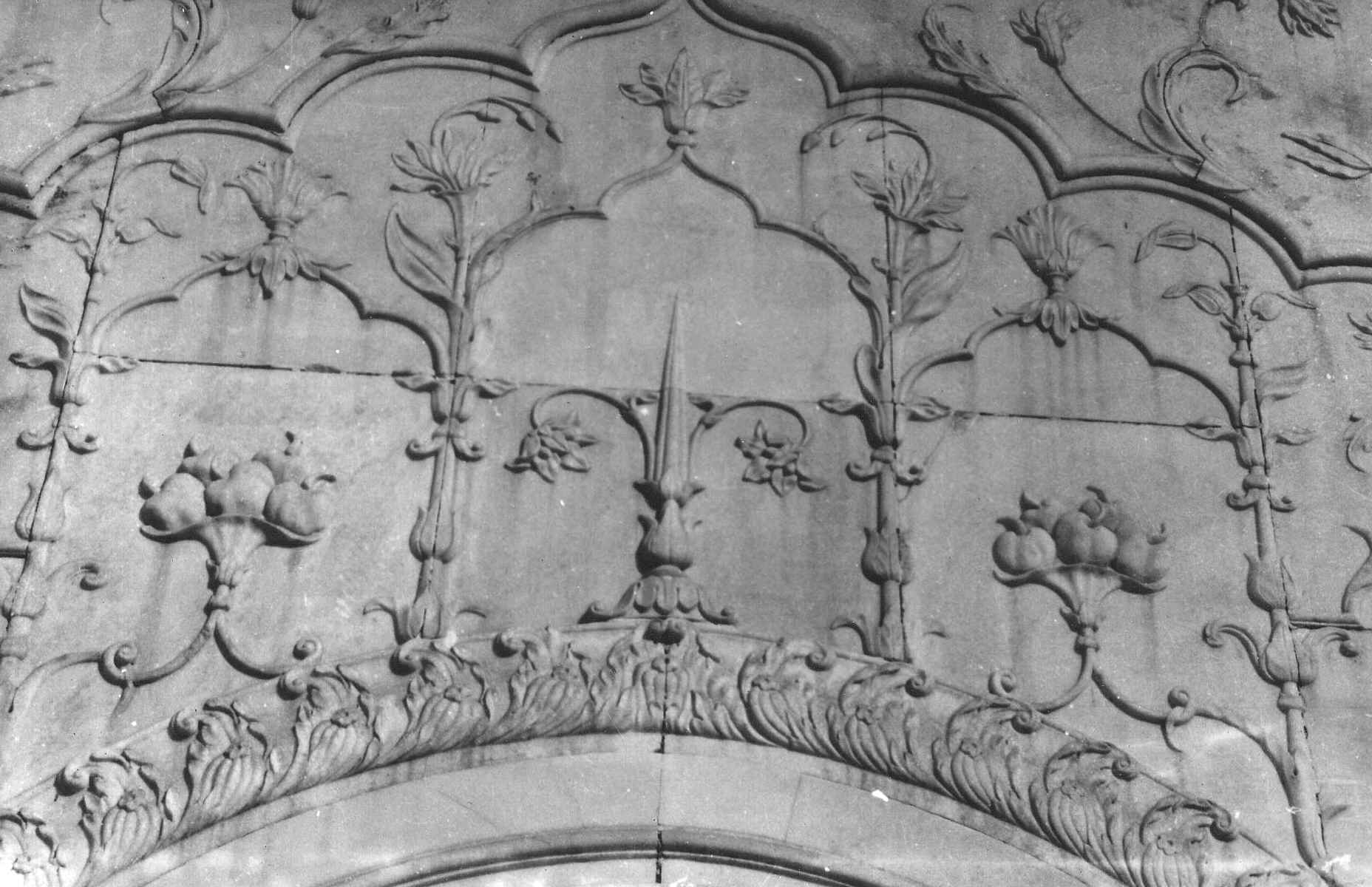