This perforated marble screen inside the Khas Mahal (i.e. the King's own chamber) in Delhi's Red Fort, is a Hindu specialty. Such jalees are mentioned even in Ramayanic descriptions of palaces. Therefore some buildings claimed to be mosques in Ahmedabad which boast of such exquisite jalees (lattices) are Hindu edifices. The Hindu royal emblem mounted on the upper part of the jalee, disproves that the Mogul Shahjahan built the fort. 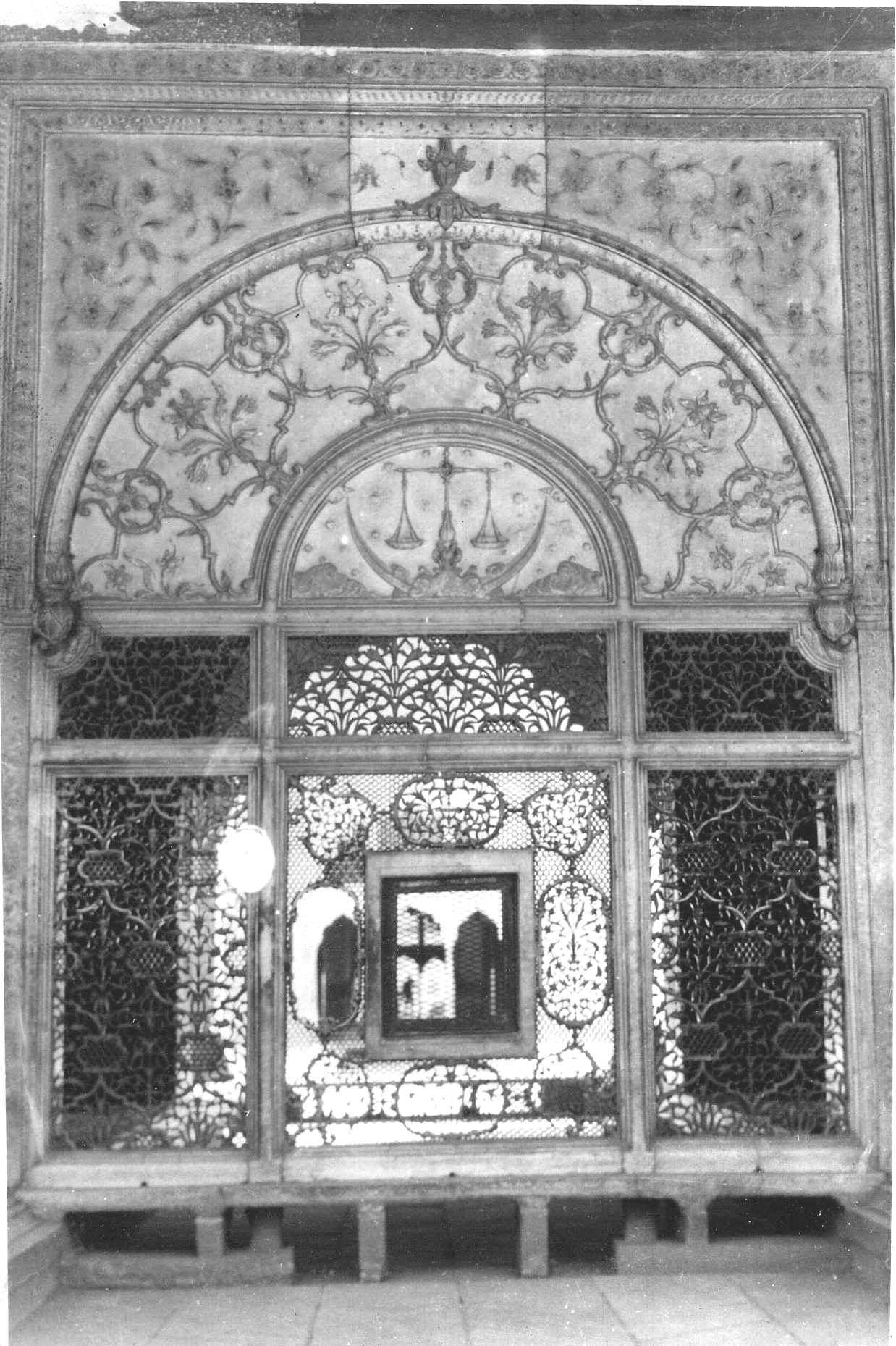