This tablet raised inside Delhi's Red Fort by modern archaeologists proclaims that Shahjahan (who ruled from 1628 to 1658 A.D.) built this fort from 1639 to 1648 A.D. As against this see the [next] photo of the painting of Shahjahan's time preserved in the Bodleian Library, Oxford. It depicts Shajahan receiving the Persian ambassador inside the fort in 1628, the very year of Shahjahan's accession. Obviously the fort existed much before Shahjahan. 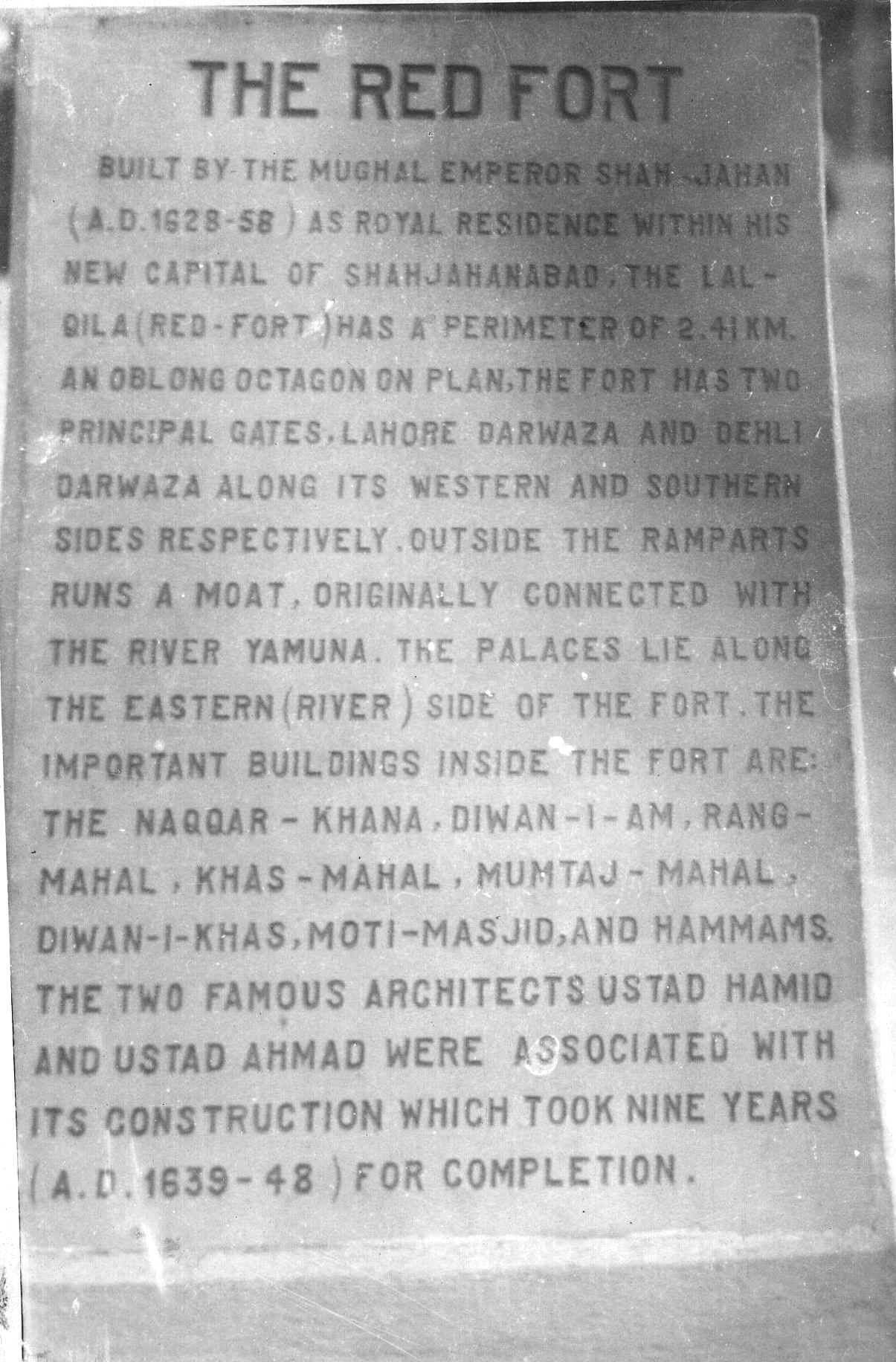