These life size elephants flanking the Delhi Gate of Delhi's Red Fort are an unmistakable sign of the fort's Hindu origin. This is one of the proofs that the Red Fort was commissioned by Raja Anangpal (1060 A.D.) and not the Mogul emperor Shahjahan (1639-48) as is erroneously believed. [The fort predates Shahjahan by 600 years, similar to the Taj Mahal.] 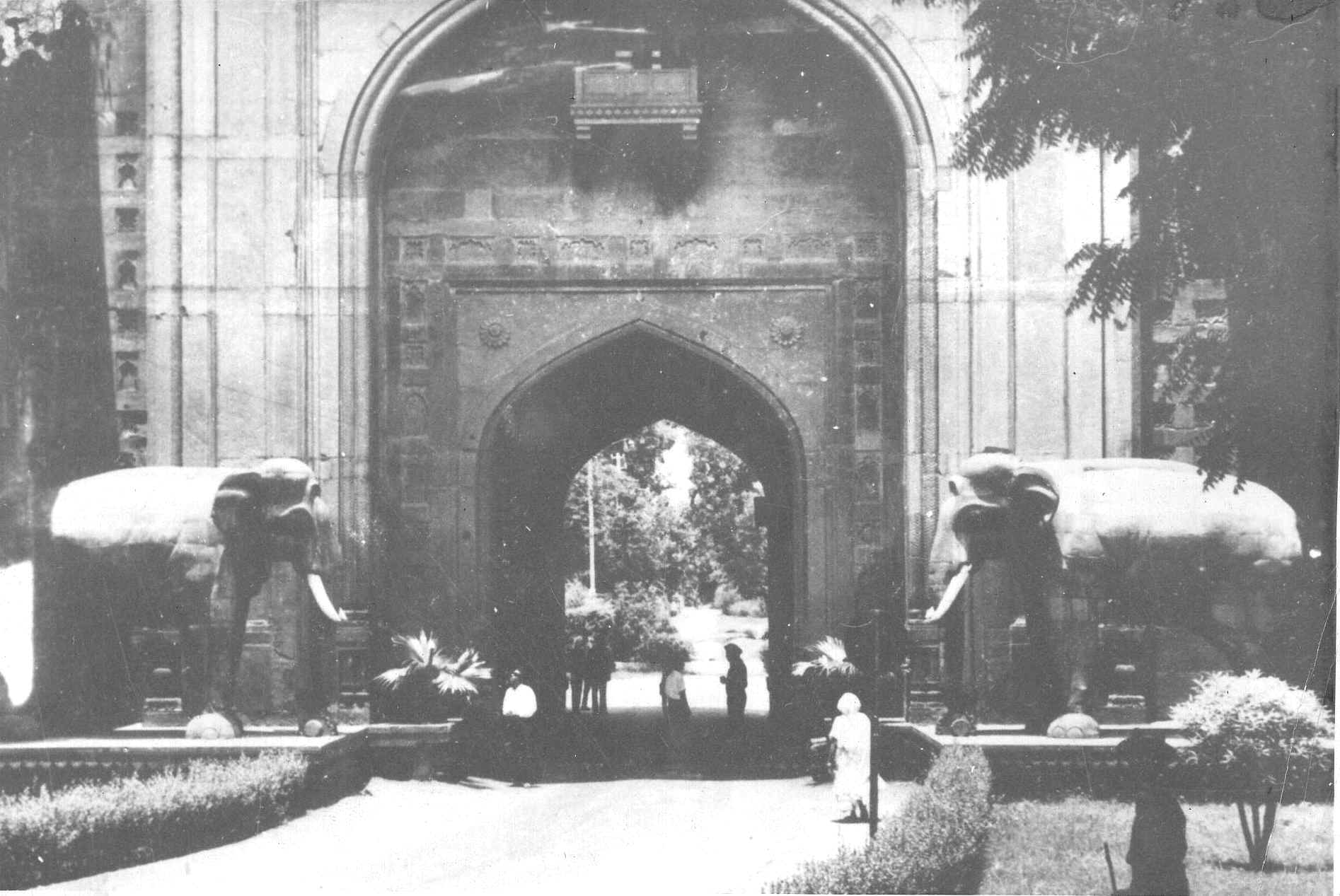