Inner view of the entrance to the so-called Moti Masjid inside Delhi's Red Fort. The archaeological tablet outside claims that the mosque was built by Aurangzeb, son and successor of Shahjahan. That claim is baseless because (1) The entrance is of a temple design. (2) The arch between the domes is made of banana bunches used in Hindu worship. (3) On either side above the arch are fruit trays. (4) Naming buildings after gems (Moti means pearl) is a Hindu custom. (5) If Shahjahan built the fort why didn't he provide it with a mosque? (6) The truncated Hindu perambulatory passage may still be seen to exist on the building's left flank. (7) The back of the wall shows signs of tampering. 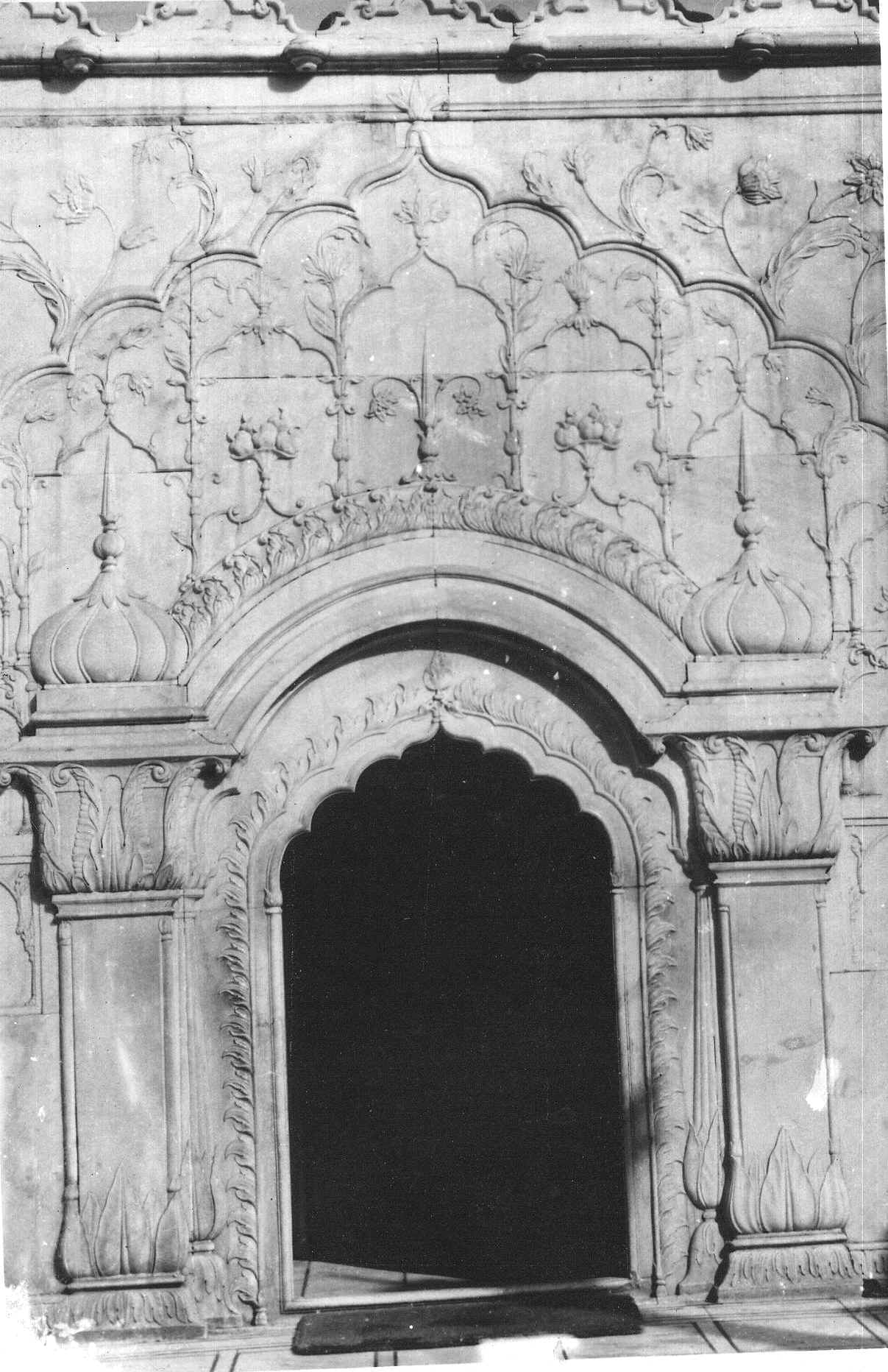