The Red Fort in Delhi has in its Khas Mahal, alias the King's apartment, the royal emblem of its builder King Anangpal. It consists of a pair of swords laid hilt to hilt curving upwards, the sacred Hindu pot (kalash) above the hilts, a lotus bud and a pair of scales of justice balanced over it. Dotted around are representations of the sun from whom Indian ruling dynasties claimed descent. At the sword points are two small conches considered sacred in Hindu tradition. Bigger conches may be seen at the left and right corners at the base.

This royal Hindu insignia of the Hindu king who built Delhi's Red Fort, is still there in the Khas Mahal pavilion. But even this visual symbol has been blatantly misinterpreted. The two swords laid hilt to hilt, curving upward are being inadvertently styled by ignorant guides, archaeologists and historians as an Islamic crescent. The sacred Hindu Kalash (water pot) on the hilts is never noticed. The lotus bud on the kalash represents royal wealth. The pair of scales is symbolic of impartial justice. 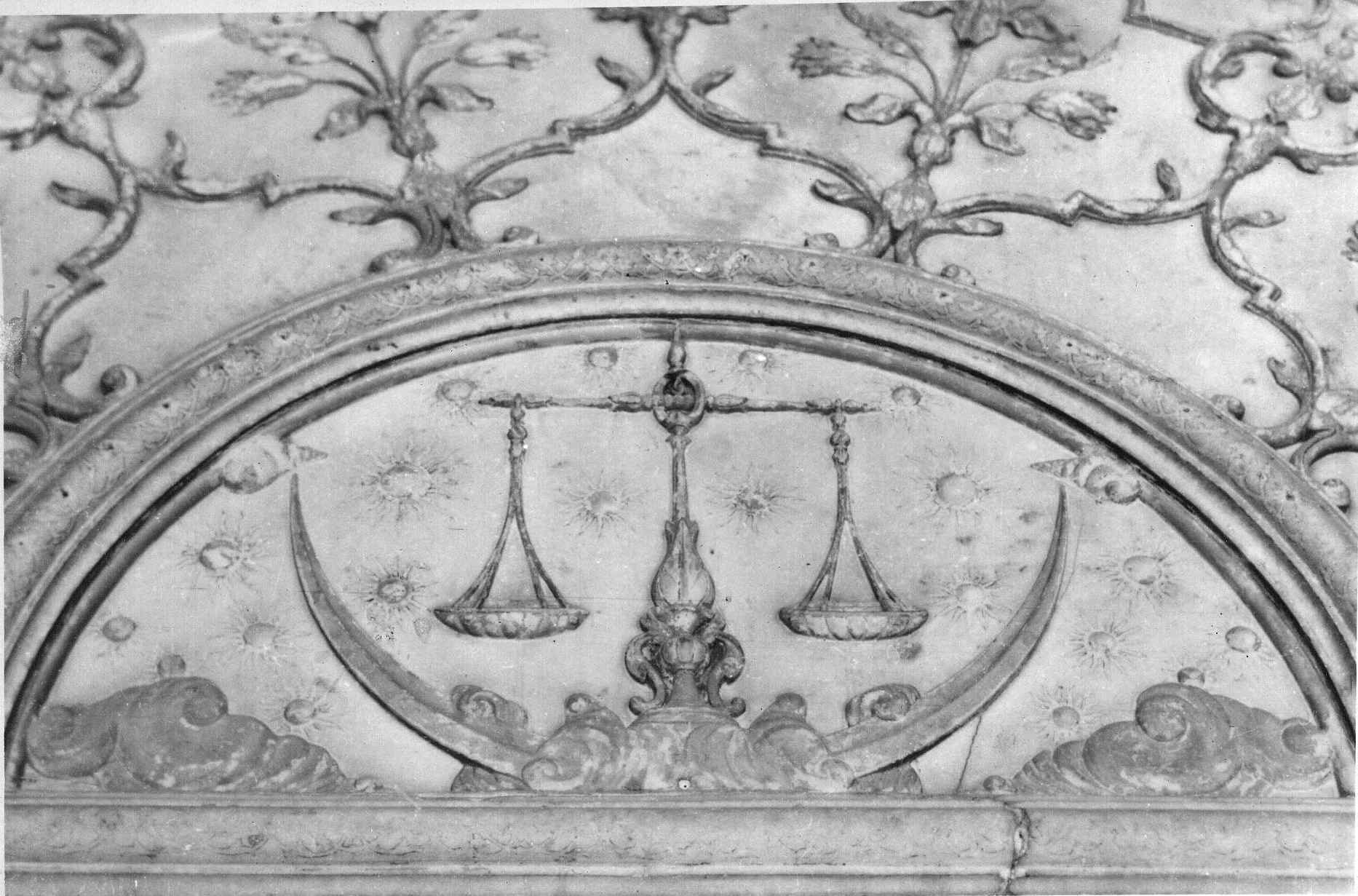