Four miles from the so-called Kutab Minar in Delhi is an ancient Hindu temple palace currently known as Sultan Ghari. An uncrowned son of sultan Iltmash (around 1230 A.D. ) is believed buried in it. That is a myth because there is no grave there. A Sanskrit inscription was also found in its ceiling. The beams of the octagonal crypt bore figures of Kamadhenu (celestial cow) and Varaha ([Lord Vishnu's incarnation as a] wild boar). A Muslim tomb would never sport two highly detested animals. These two animals were a royal Hindu insignia.

Even today five such pig-faced drain pipes may be seen projecting out of the walls of the royal pavilions inside Delhi's Red Fort. Had Shahjahan built the fort, as is currently believed, he wouldn't have had pigs peering from over his royal Islamic head since pigs are deeply detested by Islam. Contrarily, the wild boar is an Hindu incarnation and sacred royal Hindu emblem. This is one of the visual proofs of the Hindu origin of Delhi's Red Fort. So careless has been the study of Indian history that such graphic proofs have remained unnoticed. For similar more evidence read Mr. P. N. Oak's research book titled "Delhi's Red Fort is Hindu Lalkot."

[This photo was repeated elsewhere in the album, under which was a caption that was completely different. You may want to read it as well, which follows:]

This ancient Hindu royal emblem of a wild boar (left) and the cow was found engraved on a lintel of what has been euphemistically called Sultan Ghari four miles from the Kutab Minar in Delhi. This proves that the so-called tomb was originally a Hindu palace. Like thousands of other buildings throughout India that palace too was pressed into Muslim use. Sultan Altmash's son is believed to be buried there. Yet the tomb is not known after him but merely as the "Sultan's Cavern." Scholars have been wrong in believing that the building was built after the prince's death. All such mediaeval tombs and mosques are erstwhile Hindu palaces and temples. That is why their decor is entirely Hindu. Historians and archaeologists, hard put to explain away Hindu decor of what they believed to be Muslim buildings, improvised the absurd justification that the building must have been fashioned out of the debris of some Hindu buildings, or that the workmen, being Hindu, built in the Hindu style. Both these arguments are wrong. No building worth its name can be built out of debris. Similarly no workman ever dare or would ever care to fashion a building for which he is hired according to his own taste opposed to that of the owner's. In this case, the lintel was plastered over when the building was used as a Muslim tomb because the Islamic conscience cannot tolerate idolatrous images. Such tactics were used by Muslim invaders in all lands they overran, when making use of captured buildings. A Sanskrit inscription was also found in the roof of the building. The building is octagonal in shape which is also a Hindu specialty. This royal Hindu emblem and another found in the Red Fort in Delhi stress the need for historians to look for and collect all such ancient Hindu royal emblems. This is a very enchanting and engrossing task that faces all those who are interested in rewriting Indian history after a millennium of Islam distortion and destruction. 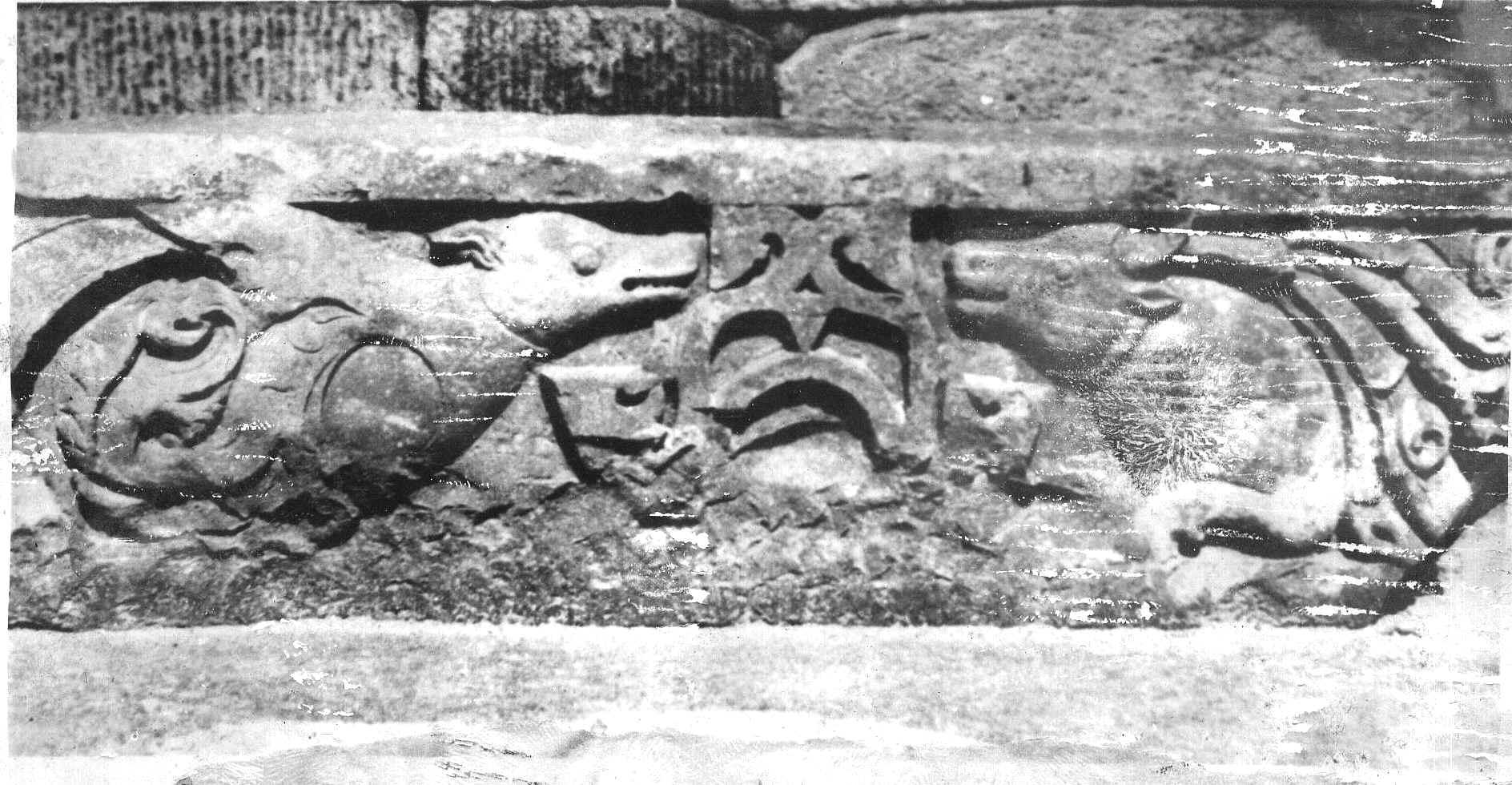