This is a riverside view of the Taj Mahal. The four storied marble structure above has under it these two stories reaching down to the river level. The 22 rooms shown in other photos are behind that line of arches seen in the middle. Each arch is flanked by Hindu lotus discs in white marble. Just above the ground level is the plinth. In the left corner of the plinth is a doorway indicating inside the plinth are many rooms sealed by Shahjahan. One could step out to the river bank from the door at the left. The 7th storey is surmised to be under the plinth below the ground because every ancient Hindu mansion had a basement. Excavation to reach the basement chamber should start under this door. 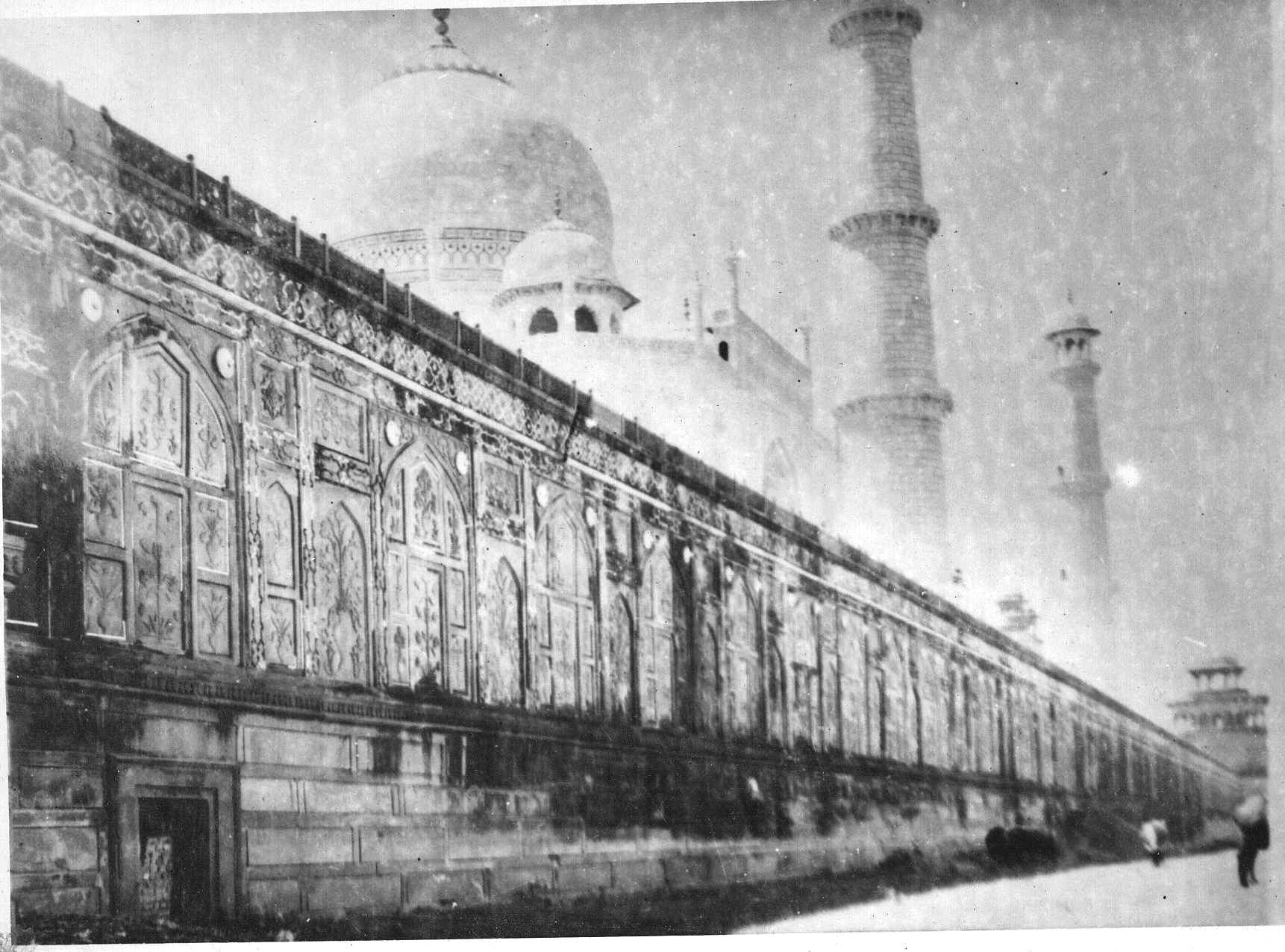