A close up of the upper portion of the pinnacle of the Taj Mahal, photographed from the parapet beneath the dome. The Hindu horizontal crescent and the coconut top together look like a trident from the garden level. Islamic crescents are always oblique. Moreover they are almost always complete circles leaving a little opening for a star. This Hindu pinnacle had all these centuries been misinterpreted as an Islamic crescent and star or a lightning conductor installed by the British. The word "Allah" etched here by Shahjahan is absent in the courtyard replica. The coconut, the bent mango leaves under it and the supporting Kalash (water pot) are exclusive Hindu motifs. 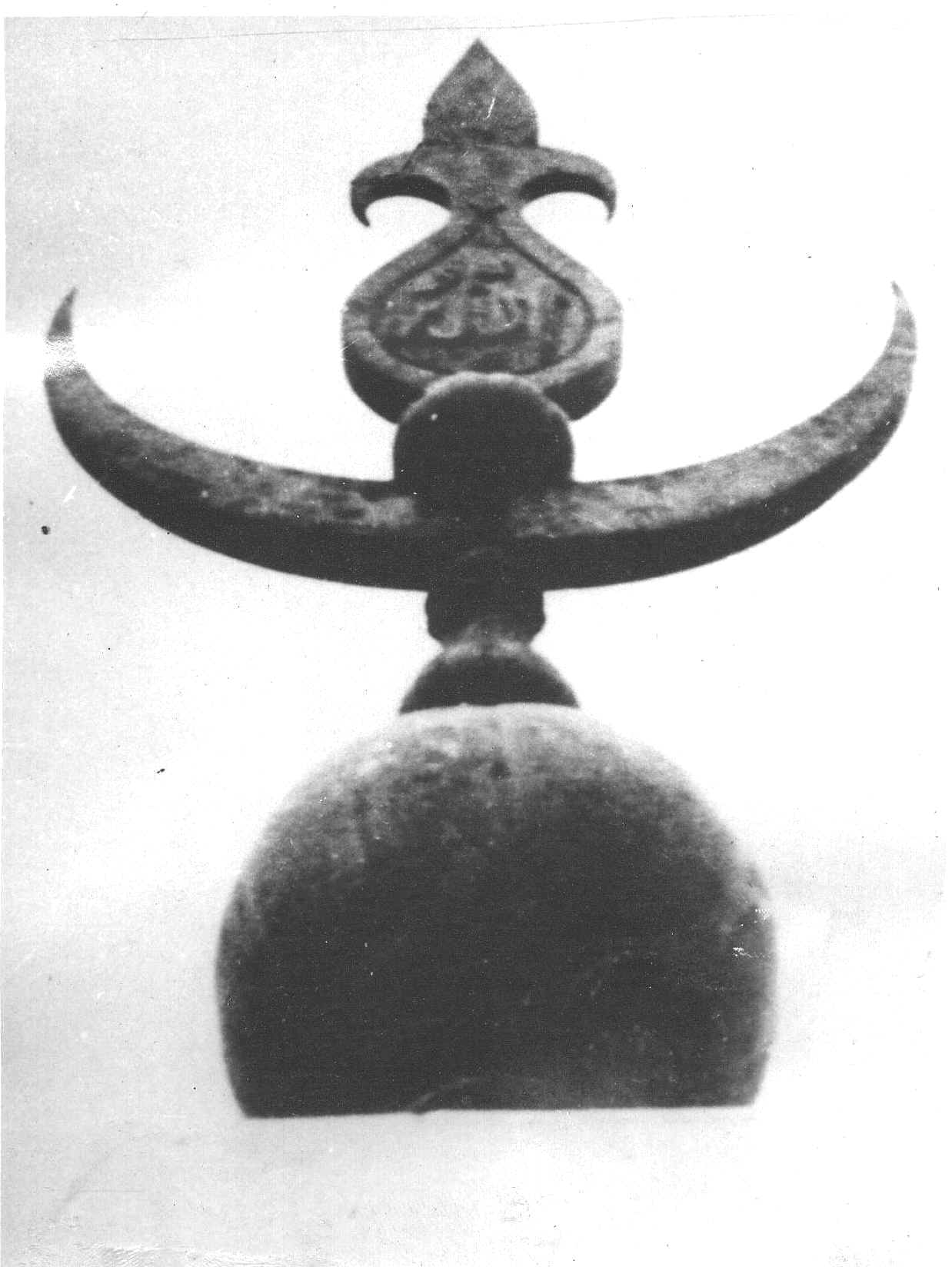