The full scale figure of the pinnacle on the dome has been inlaid on the red stone courtyard of the Taj Mahal. One may see it to the east at the foot of the riverside arch of the flanking building wrongly dubbed as Jamiat Khana (community hall) by Muslim usurpers. Such floor sketches in courtyards are a common Hindu trait. In Fatehpur Sikri it is the backgammon board which is sketched on a central courtyard. The coconut top and the bent mango leaves underneath, resting on a kalash (i.e. a water pot) is a sacred Hindu motif. Hindu shrines in the Himalayan foothills have identical pinnacles [especially noticed at Kedarnath, a prominent Shiva temple]. The eastern location of the sketch is also typically Hindu. The length measures almost 32 ft. 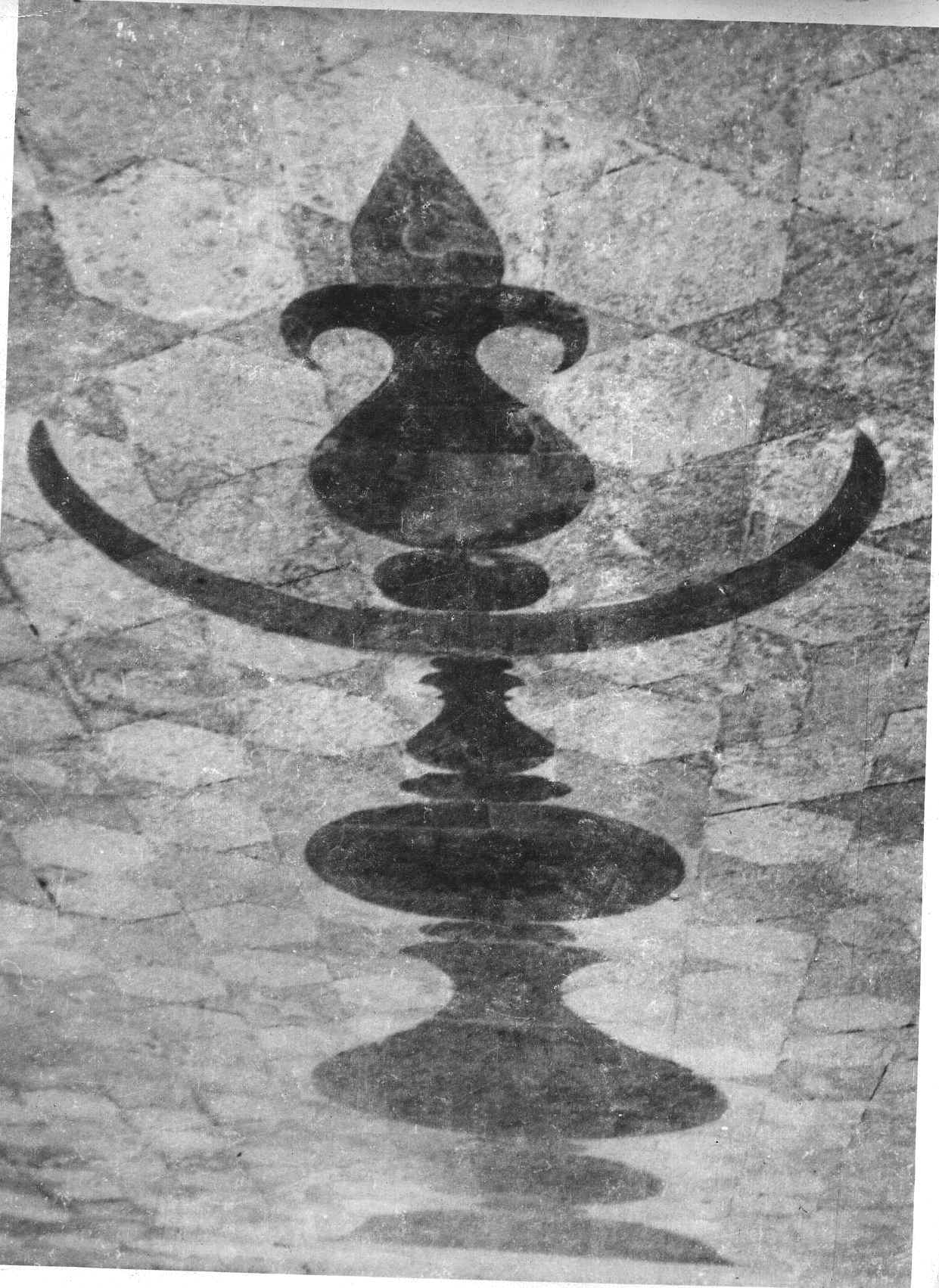