These corridors at the approach of the Taj Mahal are typically Hindu. They may be seen in any ancient Hindu capital. Note the two octagonal tower cupolas at the right and left top. Only Hindus have special names for the eight directions and celestial guards assigned to each. Any octagonal feature in historic buildings should convince the visitor of their Hindu origin. Guards, palanquin bearers and other attendants resided in hundreds of rooms along numerous such corridors when the Taj Mahal was a Hindu temple palace. Thus the Taj was more magnificent and majestic before it was reduced to a sombre Islamic cemetery. 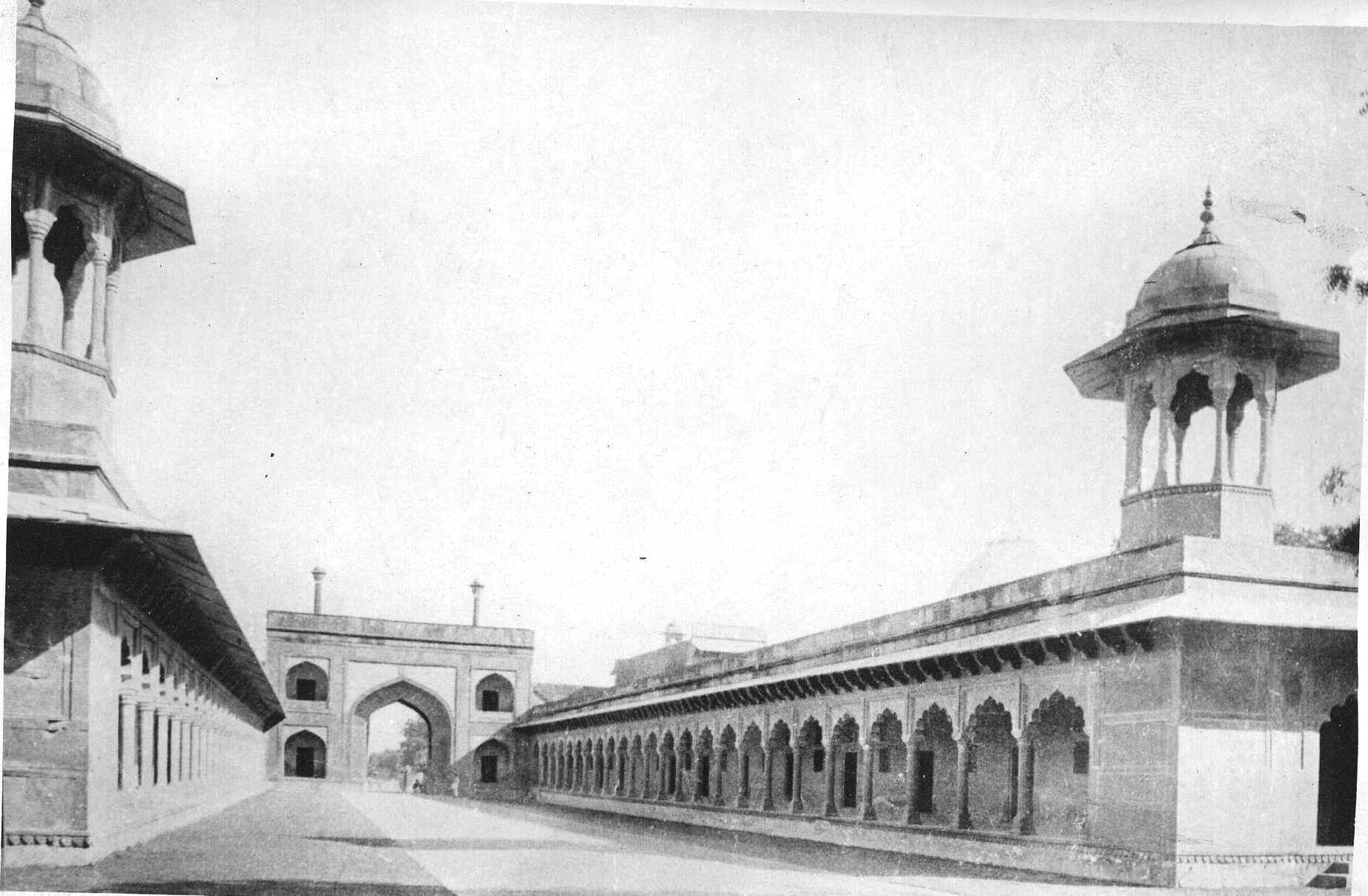