This is the massive octagonal well with palatial apartments along its seven stories. A royal staircase descends right down to the water level indicated by the tiny white patch showing the sun's reflection.

This was the traditional treasury well of the Hindu temple palace. Treasure chests used to be stacked in the lower stories. Accountants, cashiers and treasurers sat in the upper stories. Cheques called handies used to be issued from here. On being besieged, if the building had to be surrendered to the enemy, the treasure used to be pushed into the water for salvage later after recapture. For real research, water should be pumped out of this well to reveal the evidence that lies at the bottom. This well is inside a tower near the so-called mosque to the west of the marble Taj. Had the Taj been a mausoleum this octagonal multistoried well would have been superfluous. 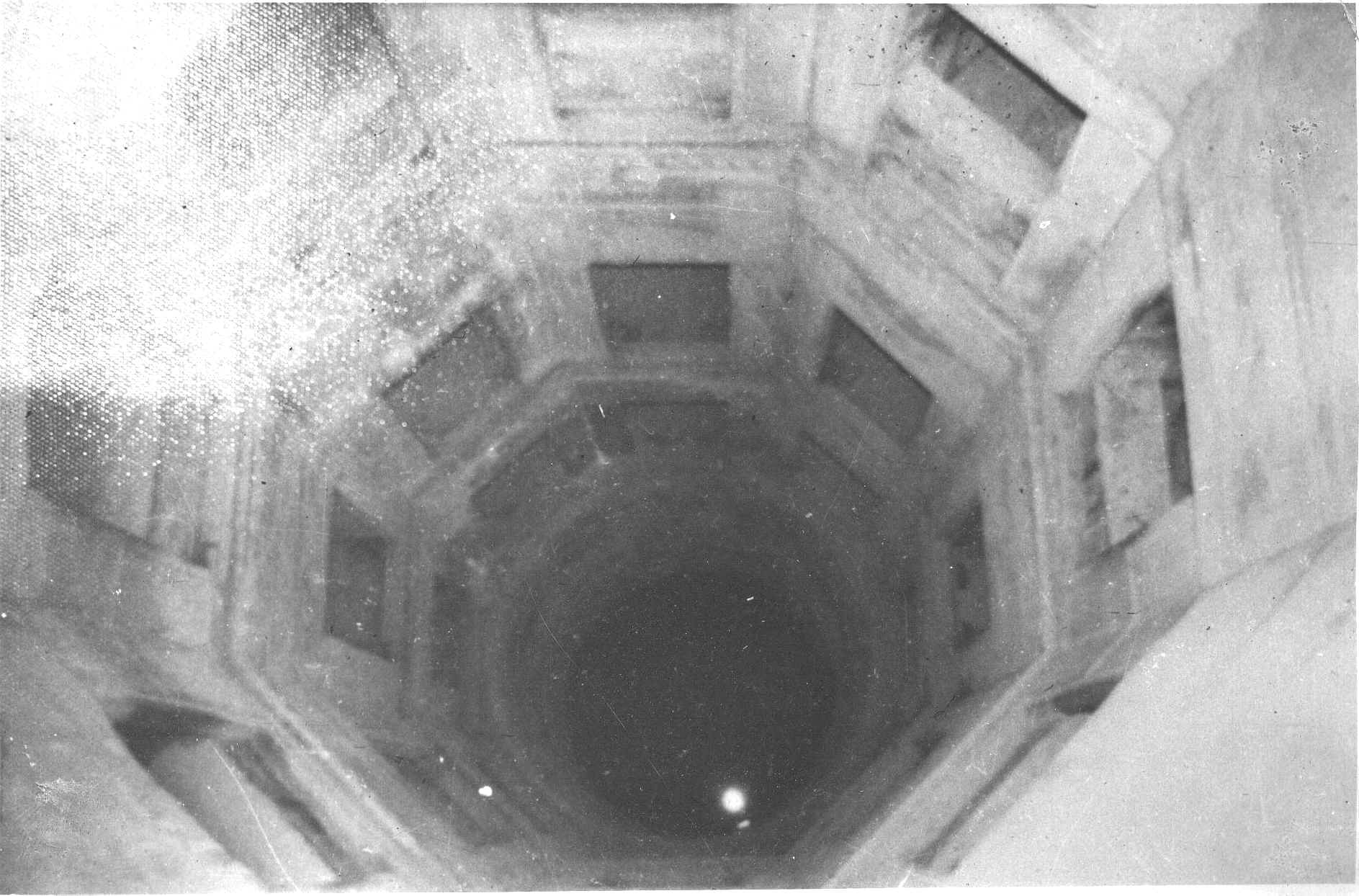