This is the Hindu deity Shiva. This piece is at present on view in the Etruscan Museum at the Vatican in Rome. Encyclopedia Britannica mentions under the headings "Etruria" and "Etruscan" that between the 2nd and 7th centuries BC, northern Italy was known as Etruria. During excavations many such "meteoric stones mounted on carved pedestals" are discovered in Italy. Obviously, therefore, this one was dug up from the Vatican itself. Many more must be lying buried in the Vatican's massive walls and numerous cellars. Vatican is itself the Sanskrit word "Vatica" applied to Hindu cultural-cum-religious centers as in "Ashrama-Vatica" or "Dharma-Vatica" or "Ananda-Vatica." Therefore, the Vatican was obviously a Hindu religious seat before its incumbent was forced to accept Christianity. 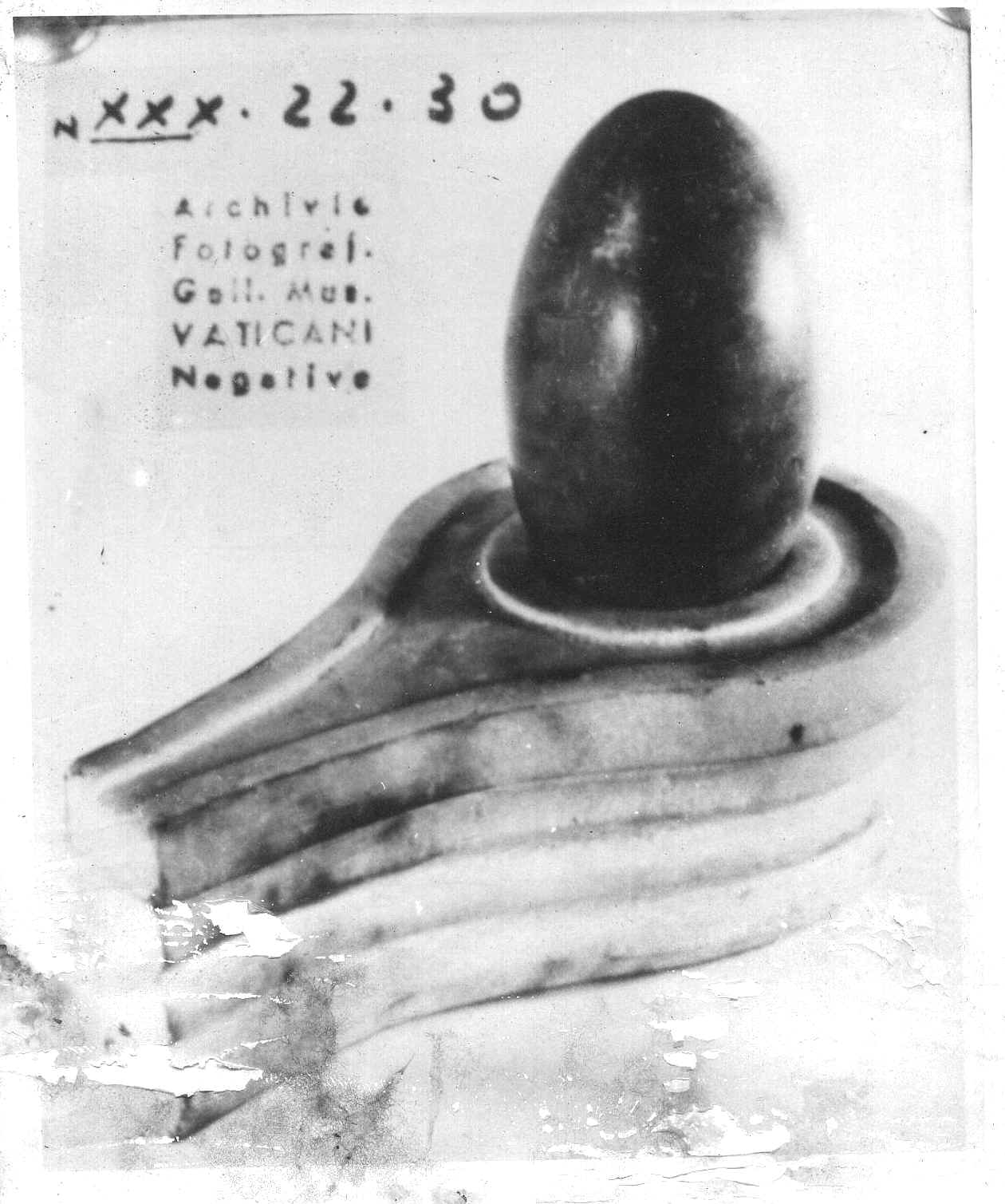