If one looks, a person can find reminders of the ancient Vedic culture in numerous places, even where you least expect. Here for example is an image that is very much like the Vedic Lord Shiva. It is said to be the Roman God Neptune, found in Bologna, Italy on a public fountain. Notice the trident on this statue of Neptune, typical of Shiva. The trident was always an emblem of Lord Shiva. Neptune is also seen here standing on an entity in which case Shiva is also seen at times standing on the being of ignorance, illusion, or maya, showing that he is not affected by the power of the illusory energy. Shiva's foot that presses down symbolizes tirobhava, or the veiling effect; and the uplifted foot means blessings (anugraha), especially toward seeing through the veil of illusion caused by ego, whichh is personified by the entity under Shiva's foot. Also here, Neptune's hand is raised in a calming gesture, and when Shiva's hand is raised it signifies abhaya or giving blessings and  represents sthiti, or preservation and protection. Thus, anyone familiar with Vedic culture will realize that he is styled in a similar way to Lord Shiva. This shows how the impressions of Vedic culture and its gods came from India, though styles and names may have changed as it traveled west. Images resembling Ganesh, Shiva, Rama and Krishna have been found in many archeological excavations throughout Italy, although not publicized by Christians. 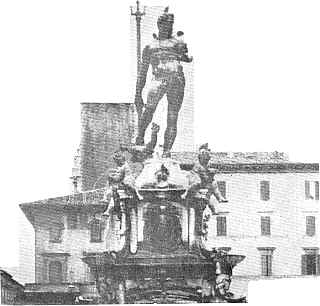 A better photo from a different angle. 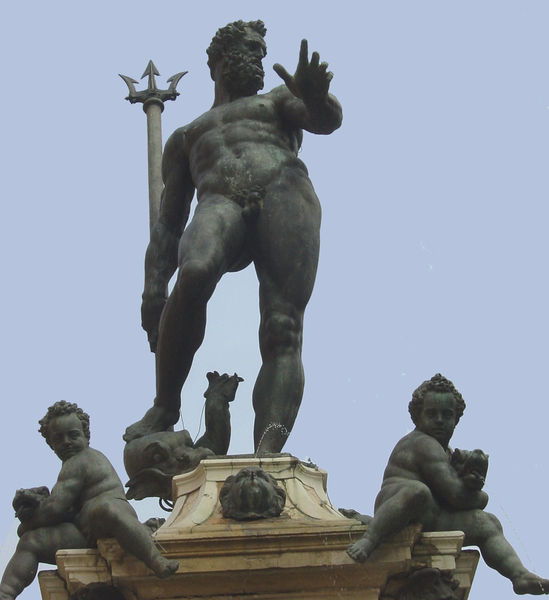