Muslim captors dismantled surface stones of the so-called Kutab tower in Delhi, reversed them and inscribed Koran on the exterior. This Muslim forgery in stone came to light as those stones started falling off the tower. Two such pieces are seen here with Hindu images carved on one side and subsequent Islamic lettering on the other. 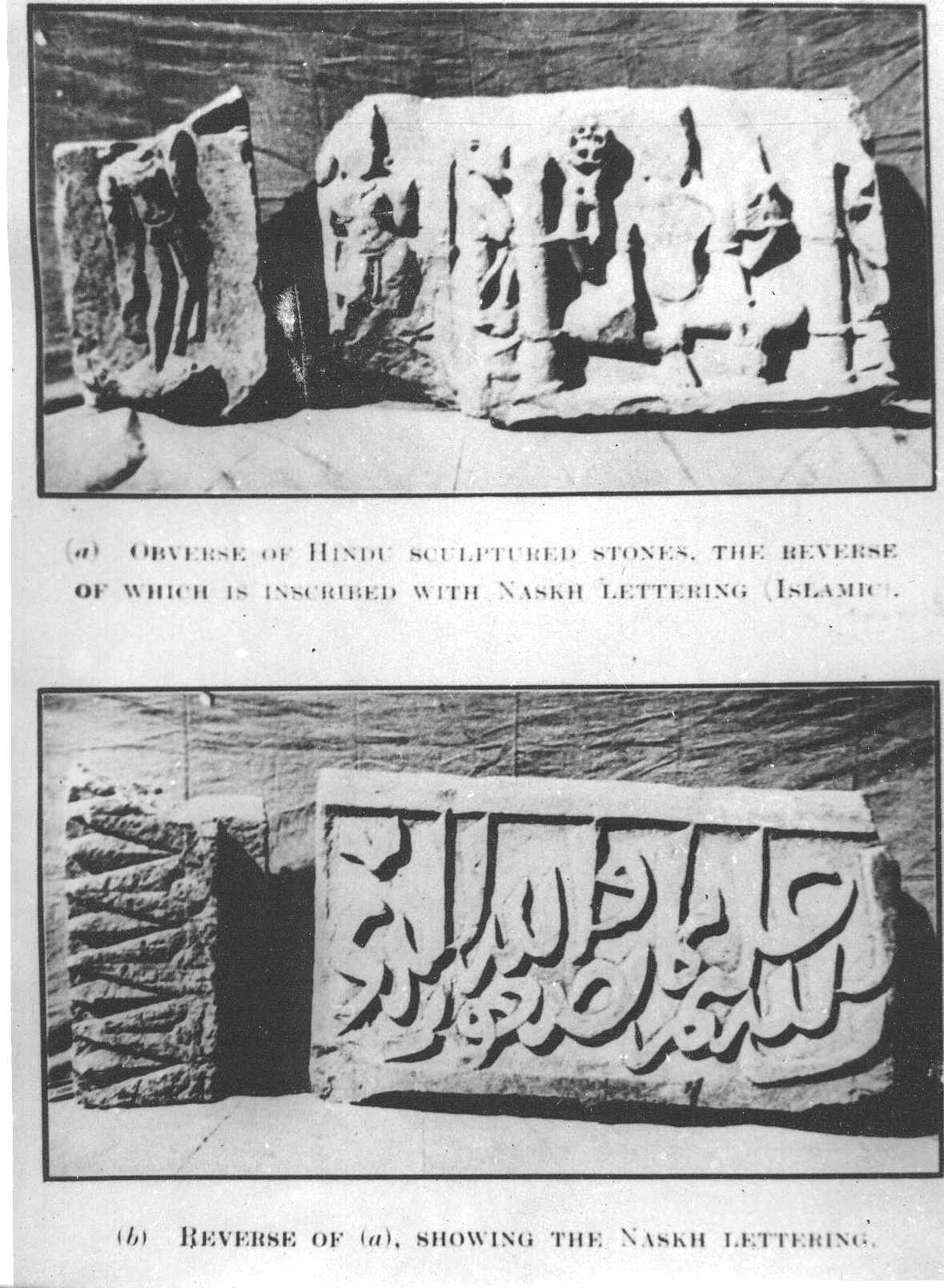