Here are more views of temples in South India. 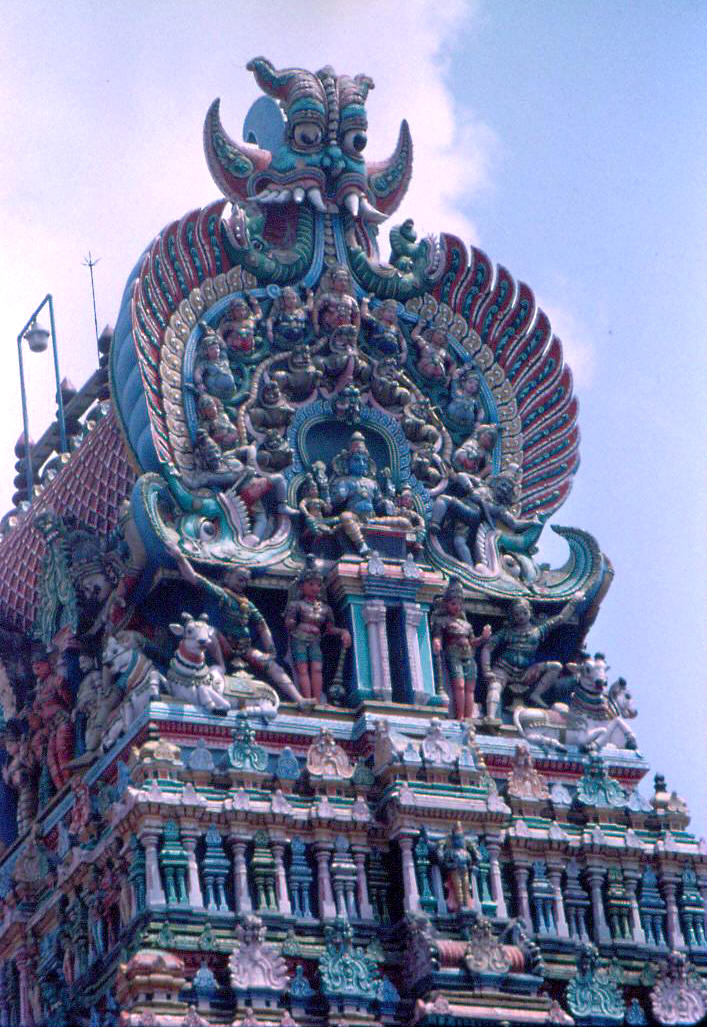 Another view of the gopurams at the Meenakshi temple in Madurai, with the golden topped dome over the central sanctum 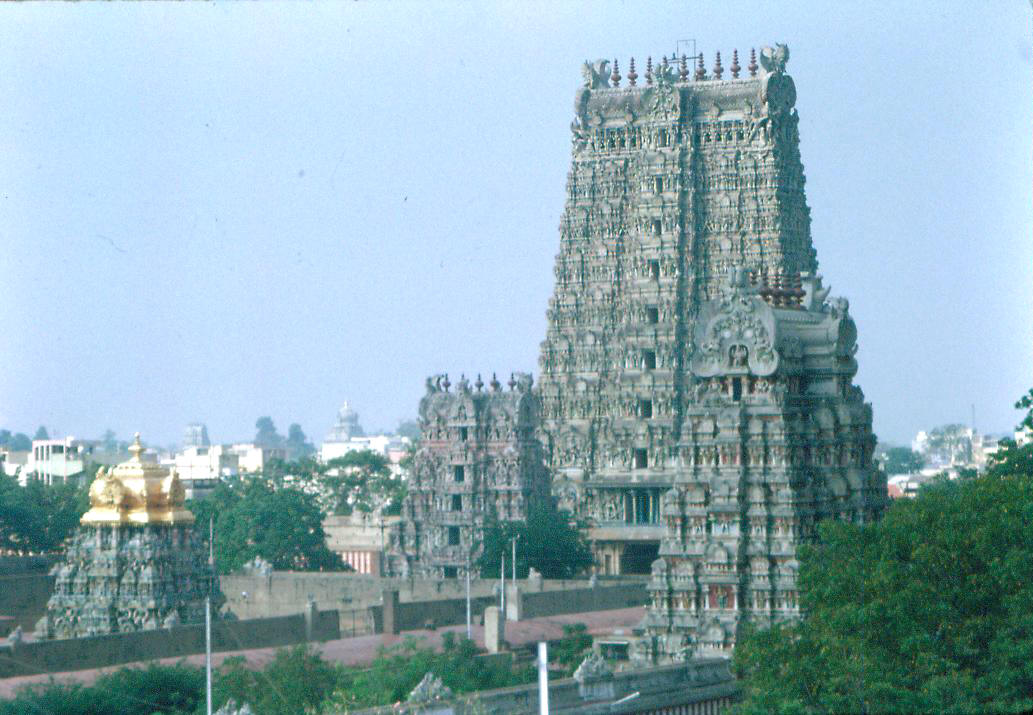 One of the inner hallways of the Meenakshi temple 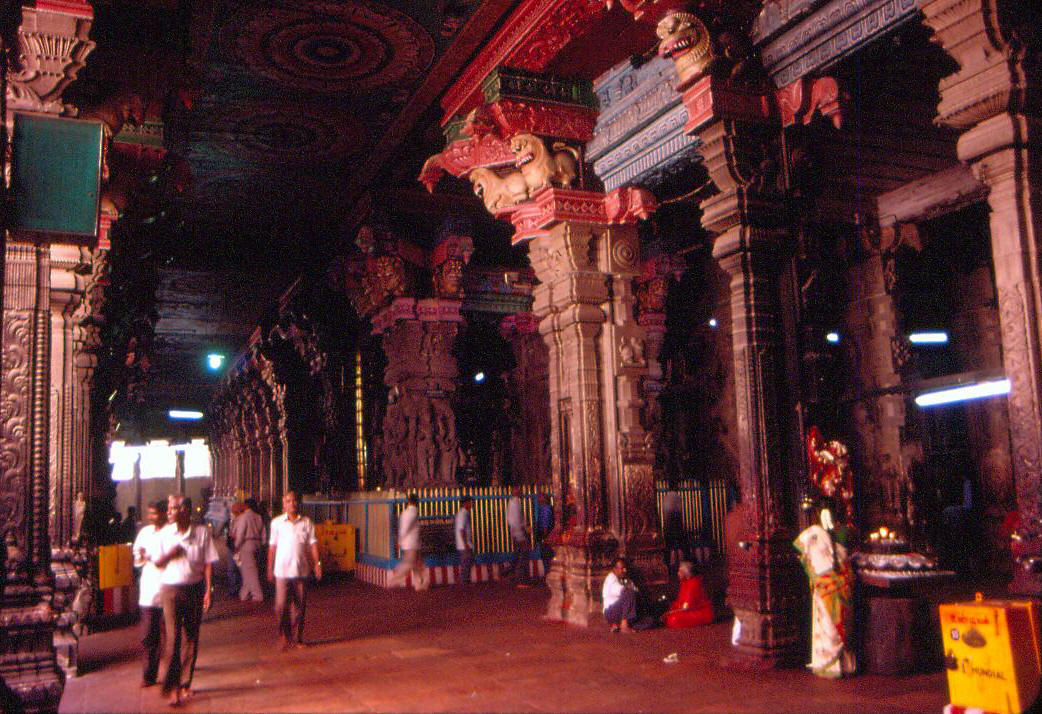 An inner hallway near the entrance of the main and large temple at Ramesvaram. 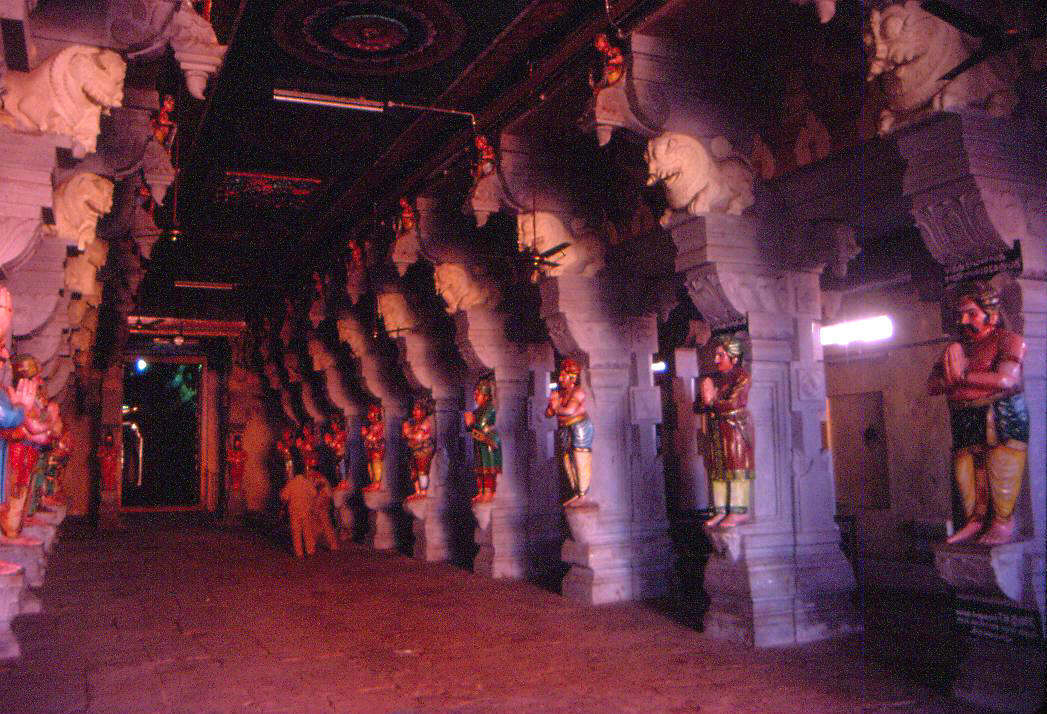 Here is the longest hall in India at the Ramesvaram temple 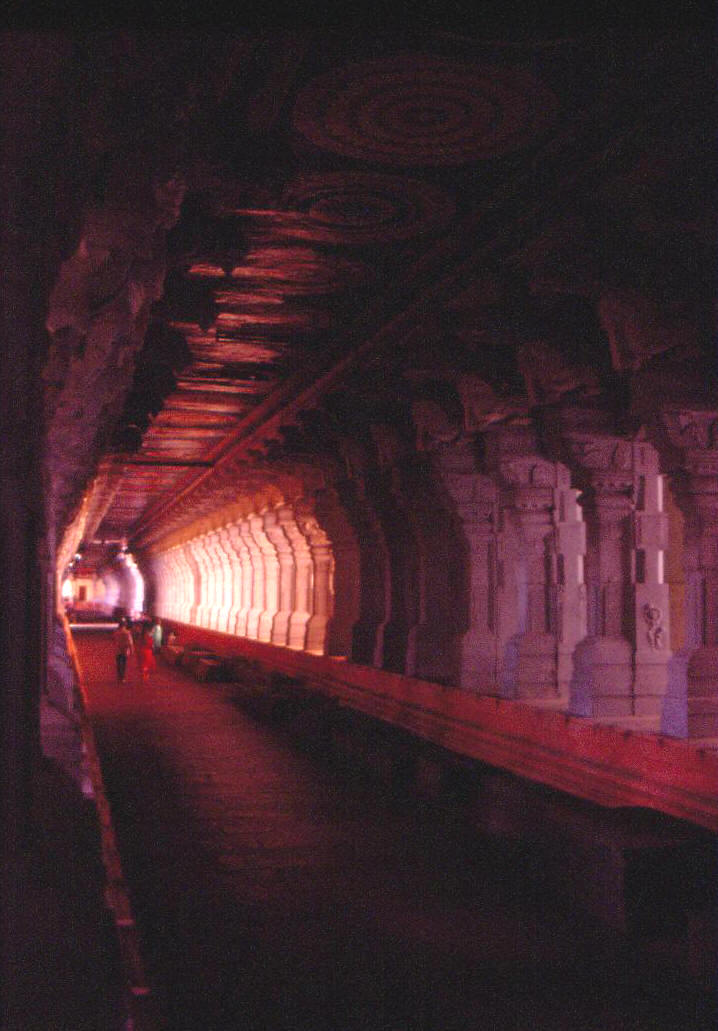 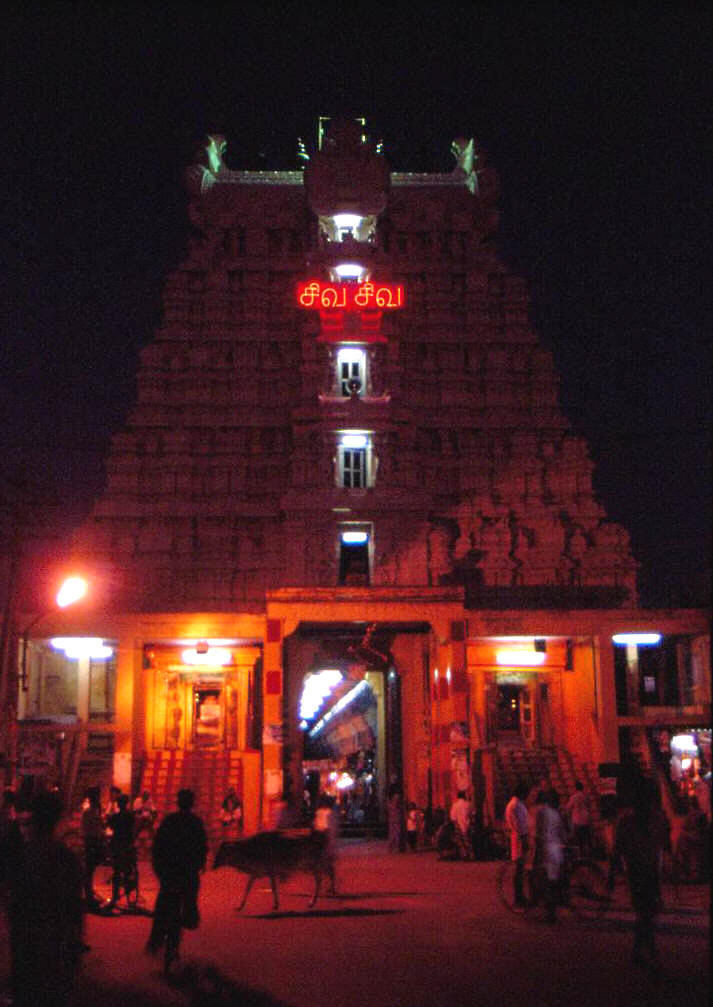 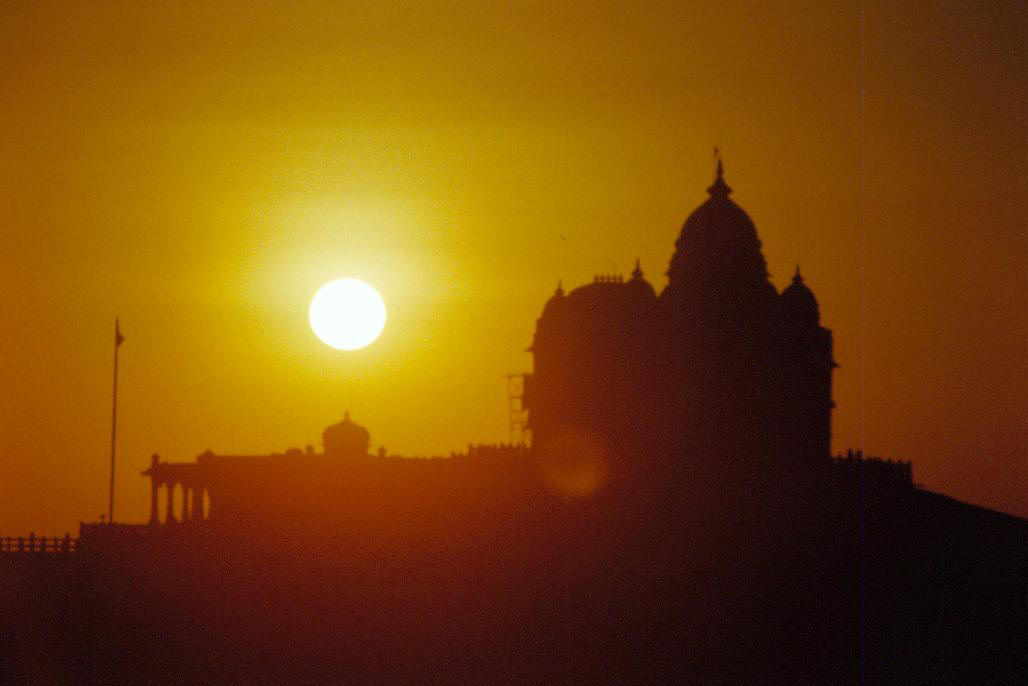 This is the view of the Kumari temple on the island of Vivekananda Rock where the Devi performed austerities to achieve Lord Shiva as her husband. Inside it contains a footprint in rock of where the Devi stood. The township of Kanya Kumari is in the background. 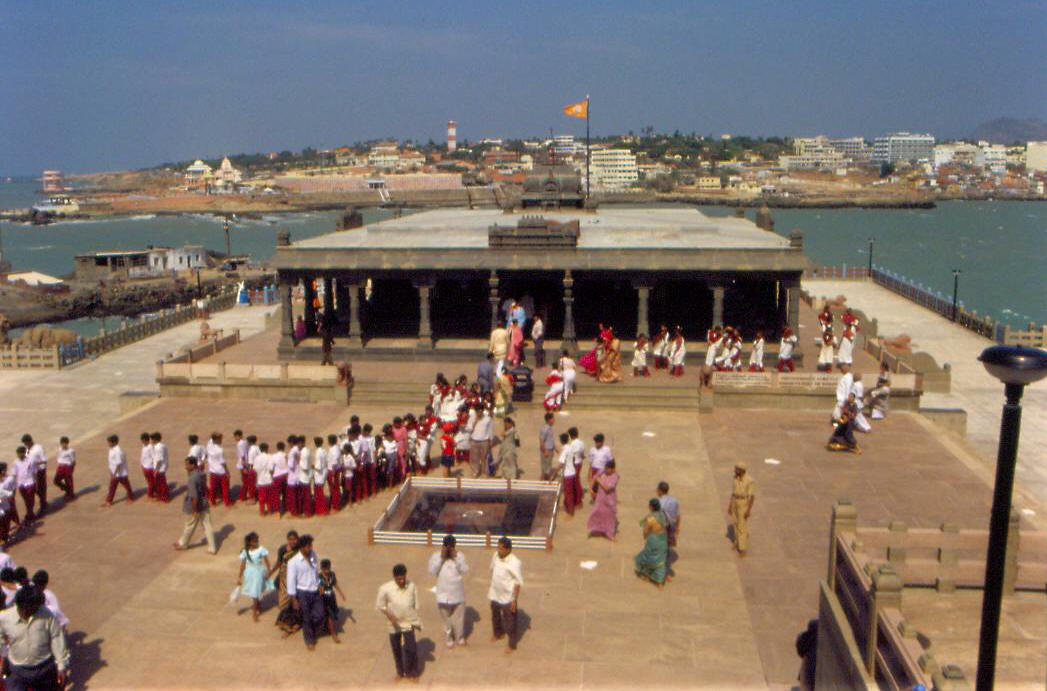 The pavilion at the most southern point of India at Kanya Kumari where you can see the Indian Ocean to the south, the Bay of Bengal to the east, and the Arabian Sea to the west. 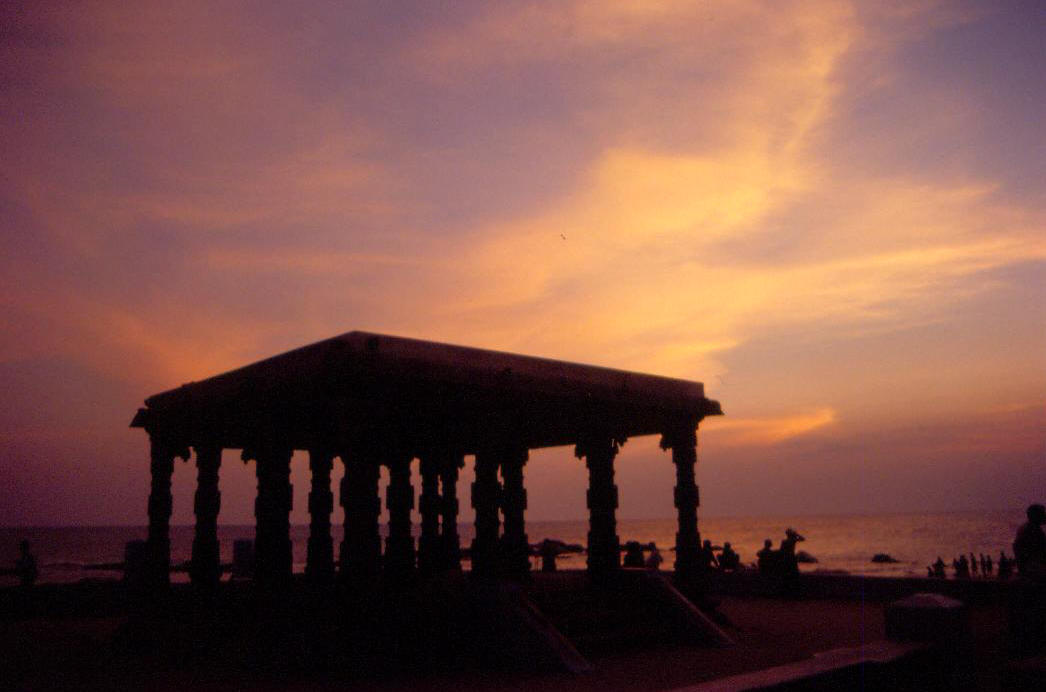 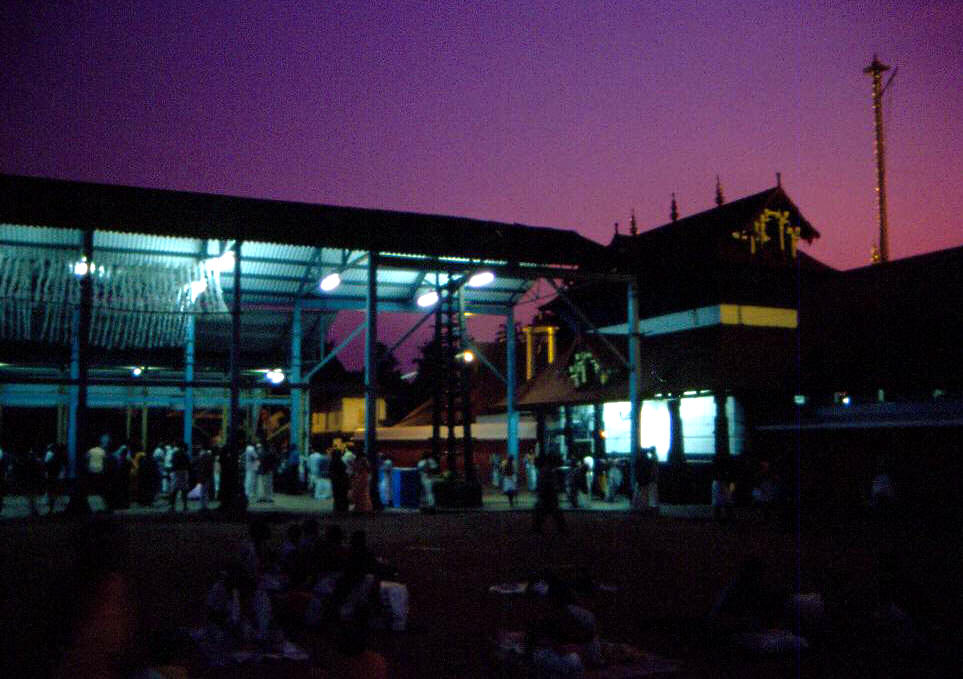