While touring India, there are also many finely ornate temples to visit, both large and small, as we can see from this Hoysala temple at Halebid in South India, shown below. This is a temple dedicated to Lord Shiva.

And from its elaborately formed interior.

Below is another example of an extremely ornate hallway with finely carved columns as found inside the famous temple at Chidambaram, South India. 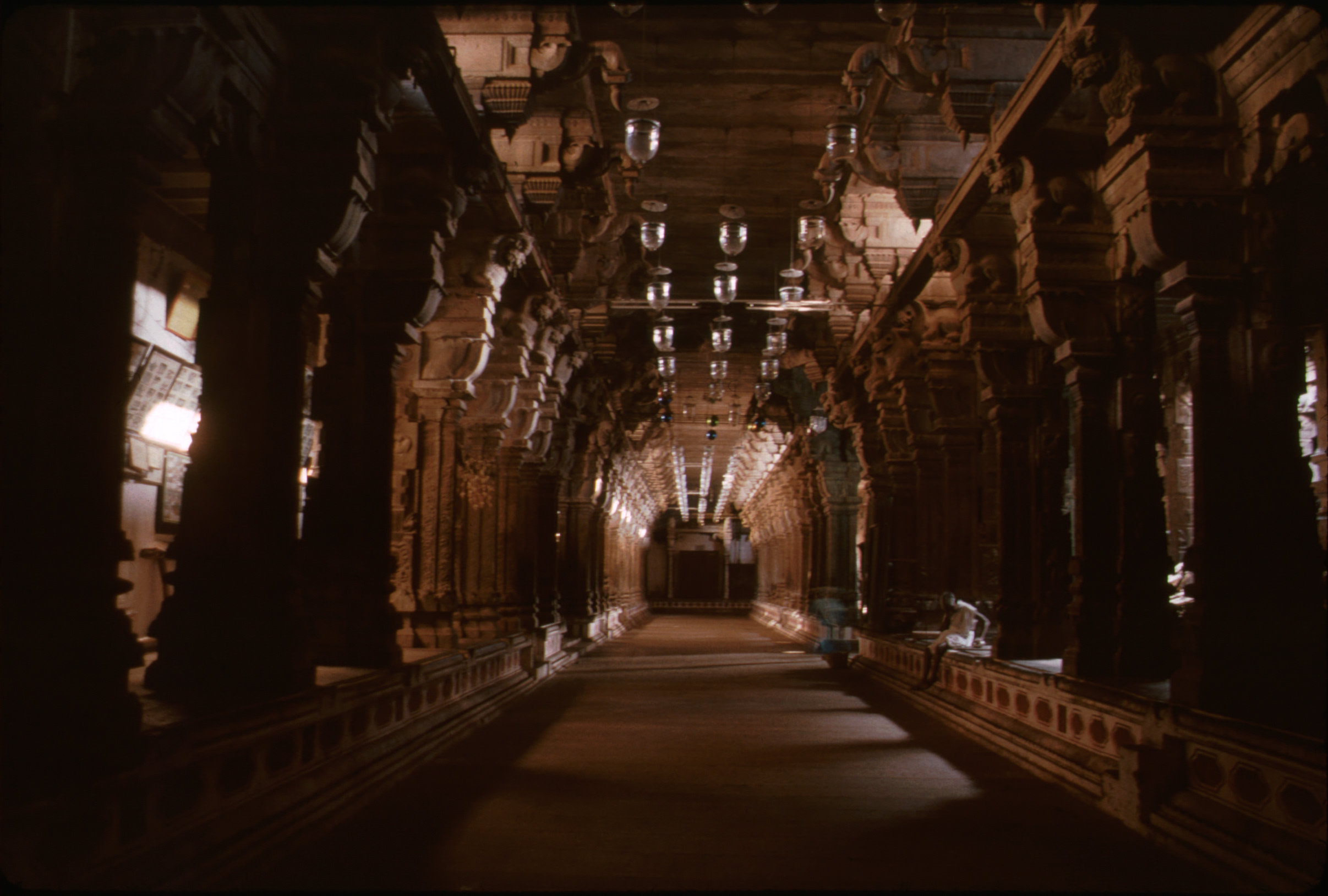 Outside and around the temples can be found much intricate carved stone work and architecture to see, such as these colorful "Doors of Paradise" at the temple of Lord Vishnu at Sri Rangam. These are opened only once a year at a particular festival. Everyone that walks through these doors, after having gone past the Deities, are considered qualified to enter the spiritual world. 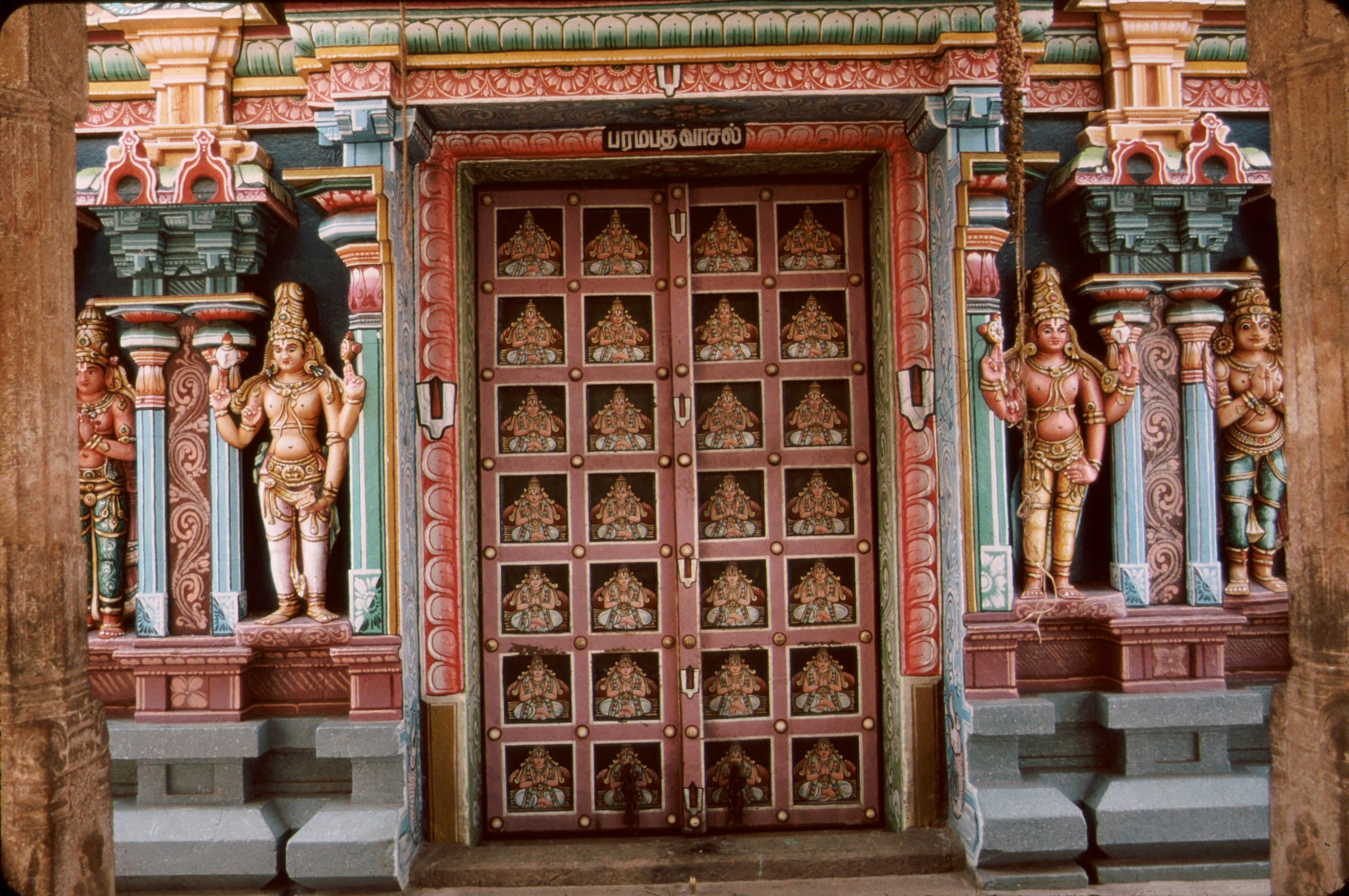 We should note that India is the place of origination of many religions. Bodhgaya is the place where Buddha became enlightened. Here is a giant image of Buddha that shows the town's importance. There are also many Buddhist temples and monasteries here, such as this Tibetan monastery. 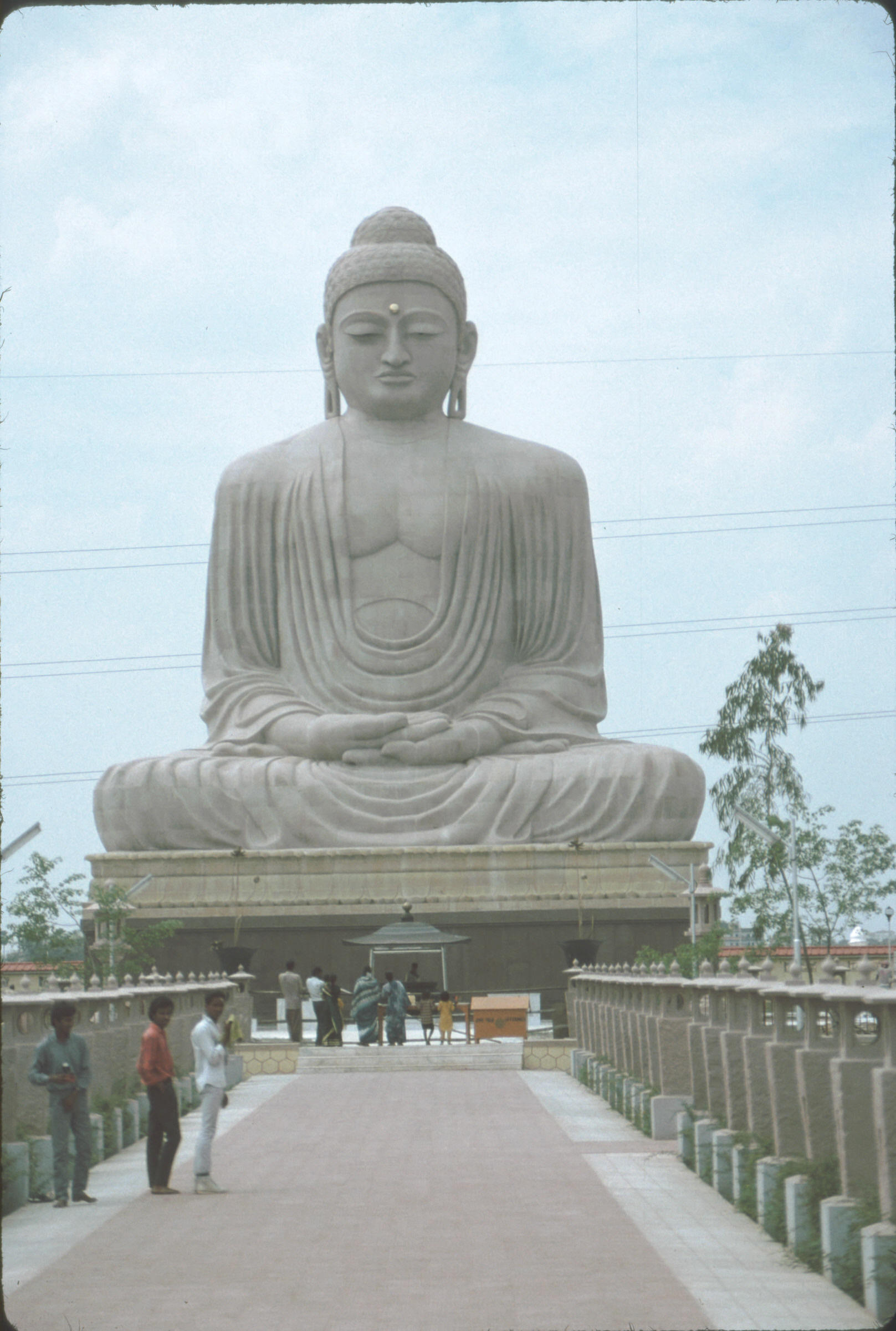 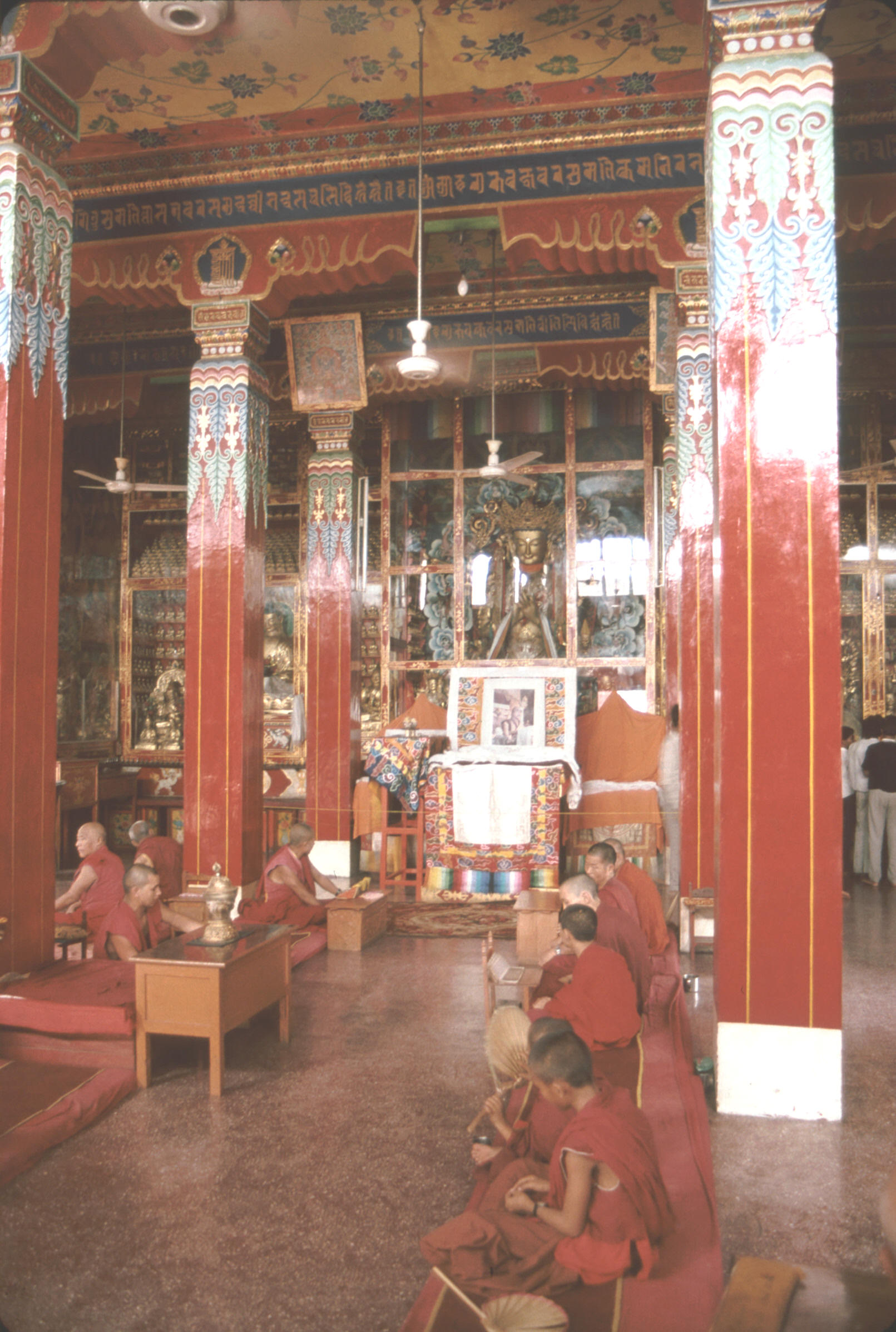 Bodhgaya is closely related to Dharamsala in North India, where the Dalai Lama lives in exile from Tibet, and where many Tibetans have also come to stay. On the left we see one of the many Tibetan Buddhist monks, in this case enjoying a cold drink. On the right is a retired Tibetan professor, who had actually taught in such places as Columbus, Ohio, Kalamazoo, Michigan, and Seattle, Washington. Now he is living at Mcleod Ganj, the town just north and up the hill from Dharamsala.

Many Tibetans work hard to support themselves while living in India, such as this women craft maker. She works in a place that makes many kinds of Tibetan crafts, including clothing, hats, and even carpets. These are sold in various areas to help fund the needs of the Tibetan people who are living as refugees from their own country, having been pushed out by the Chinese.

Even though the Tibetans have had to leave everything they own when they fled their country, they still preserve their customs and their sense of happiness and jovial nature in their festivities, as we see with these colorful dancers as they perform a Tibetan opera.

A view of the Dalai Lama interacting with people at the Tibetan festival at McLeod Ganj just north of Dharamsala.

Less than a day's bus ride away from Dharamsala, we can visit another prominent holy place and religion in India. This is that of the Sikhs and their most sacred place, the Golden Temple, located at Amritsar, in Northern India. Below we see the "Guru's Bridge" that takes one to the Golden Temple in the middle of the lake.

The atmosphere at the Golden Temple at night is amazingly peaceful, with stars in the sky, the temple lit up reflecting on the water, bhajans or songs about God being sung over the loudspeakers, and pilgrims relaxing or praying along the edge of the lake or inside the temple. It definitely makes you feel your connection with the Infinite.