These are two lamp posts of an ancient Hindu temple battered by invading Muslims near Mhasve village in Jalgaon district of Maharashtra. They are only a foot apart. If one person climbs up to the top of each of these pillars and one stretches his leg thrusting it against the other lamp post, both the pillars rock gently. Ancient Hindus raised such rocking edifices in many other places such as Gurdaspur and Ahmedabad alias Karnavati. 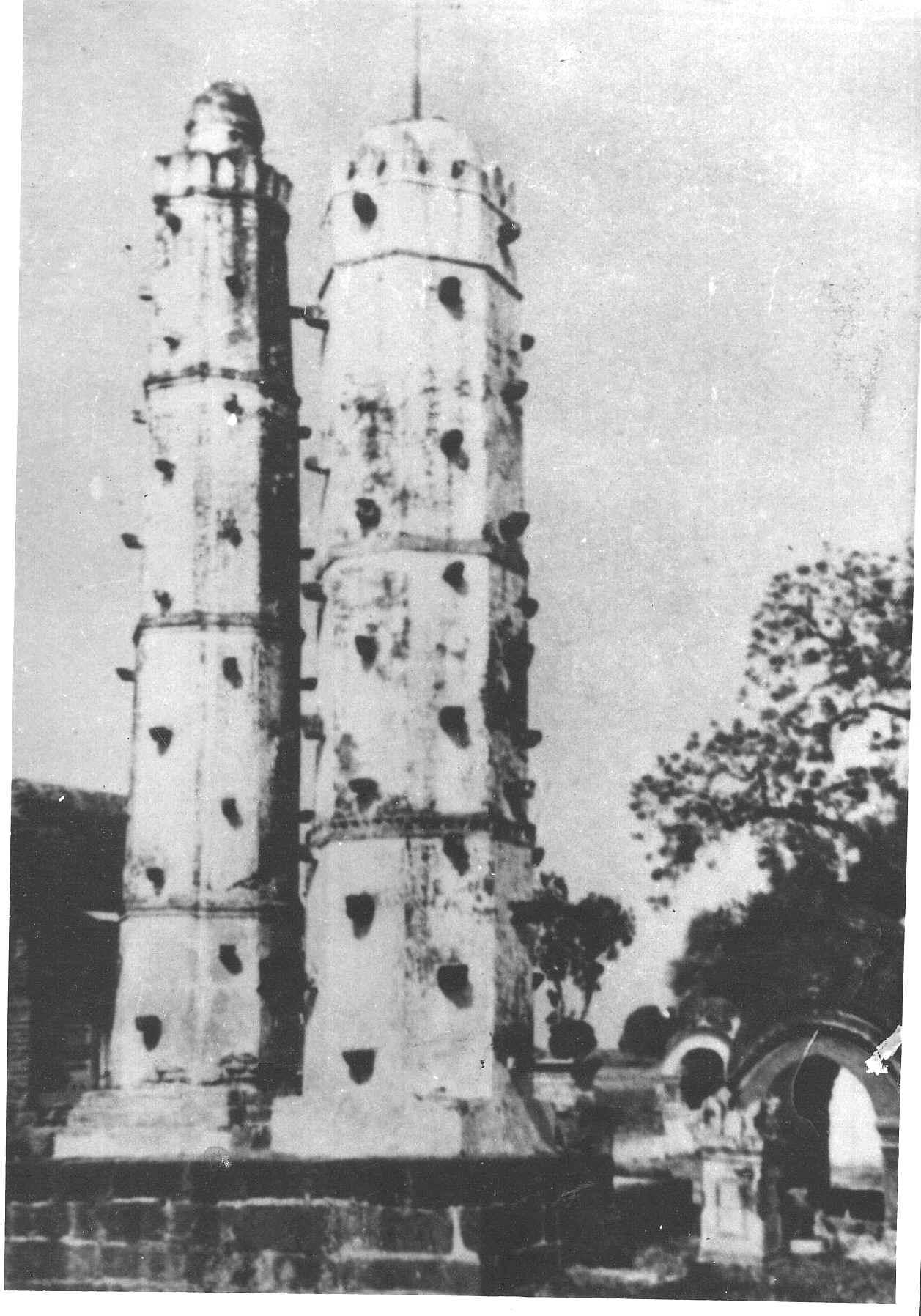