[Top photo] This is the so-called Atala Devi Mosque at Jaunpur in Uttar Pradesh. Atala Devi is a Hindu goddess of inexorable fate. Therefore, it is obvious that her imposing Hindu temple is being currently misused as a mosque and is blatantly characterized as a piece of Islamic architecture. General Cunningham, a British novice who set up the archaeology department under the British administration, made the initial blunder of assuming that historic buildings in Muslim possession were built by the Muslims themselves.

[Lower photo] This tripolia i.e. three-arched gateway of Karnawati (Islamized as Ahmedabad) is falsely being ascribed to Sultan Ahmad of Gujarat. The window above each archway was meant to shower sacred grain and rose water over entering or departing Hindu royalty. Over the centuries under Islamic rule, history became a matter of mere hearsay. Ahmedabad was from its very name presumed by errant historians to have been founded by Ahmadshah. By the same token, would it be right to assert that Delhi's Rashtapati Bhawan was built for the first Rashtrapati? 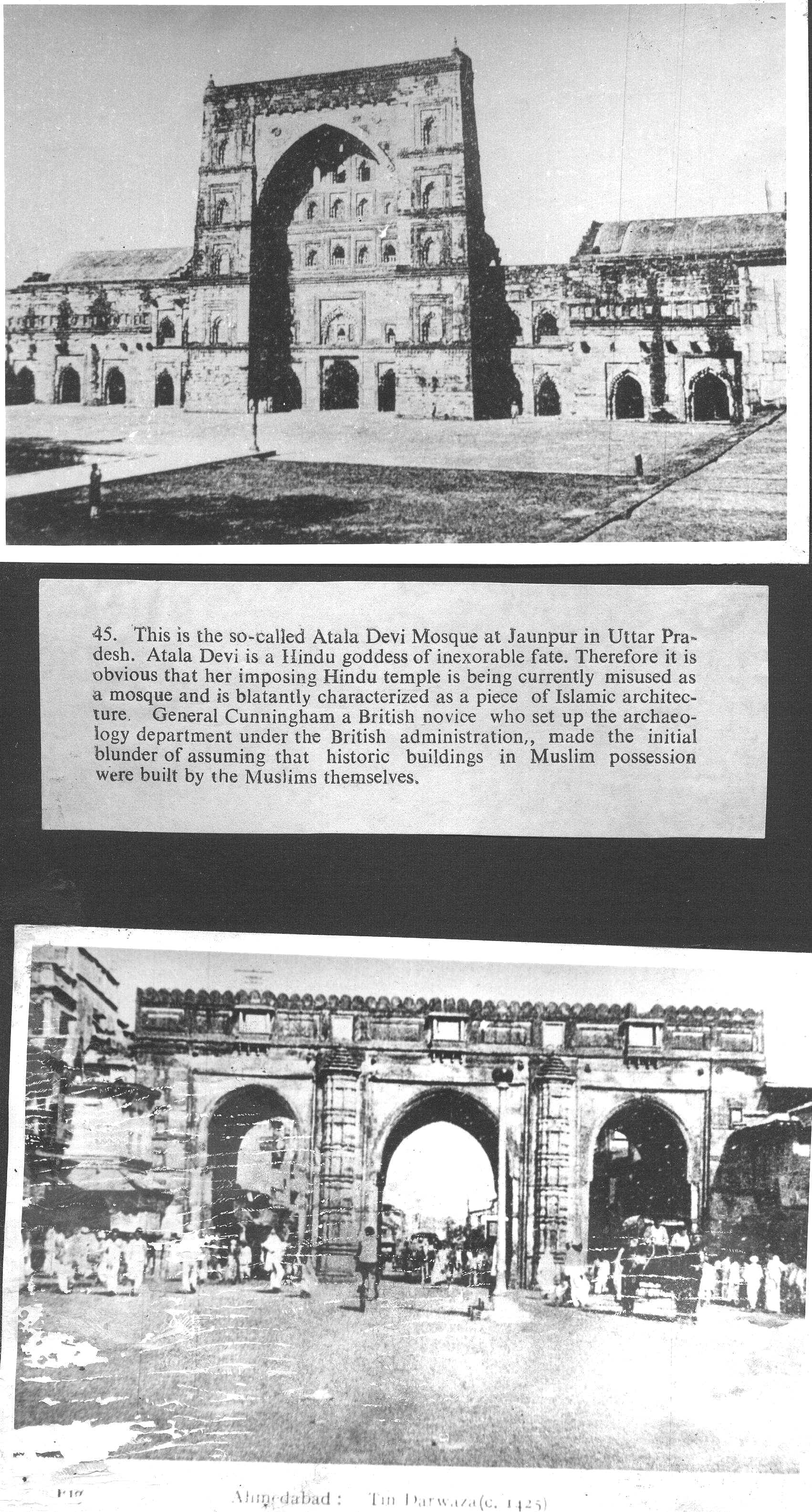