The 5th generation Mogul emperor Shahjahan is credited with having built the Red Fort in Delhi. Shahjahan ascended the throne in 1628 A.D. This contemporary painting shows him receiving the Persian ambassador in 1628 itself, in the Diwan-i-Aam (Common Room) of the Red Fort itself. This painting preserved in the Bodleian Library, Oxford, was reproduced in the Illustrated Weekly of India (page 32) of March 14, 1971. Since Shahjahan was in the fort in the year of his accession, this documentary evidence disproves the notion that he built the fort. Compare with this the photo of the tablet in English raised inside the fort by the Govt. of India's archaeology department asserting that Shahjahan built the fort during 1639-48. This is emphatic proof of Indian history having been thoroughly falsified during Muslim rule in India. 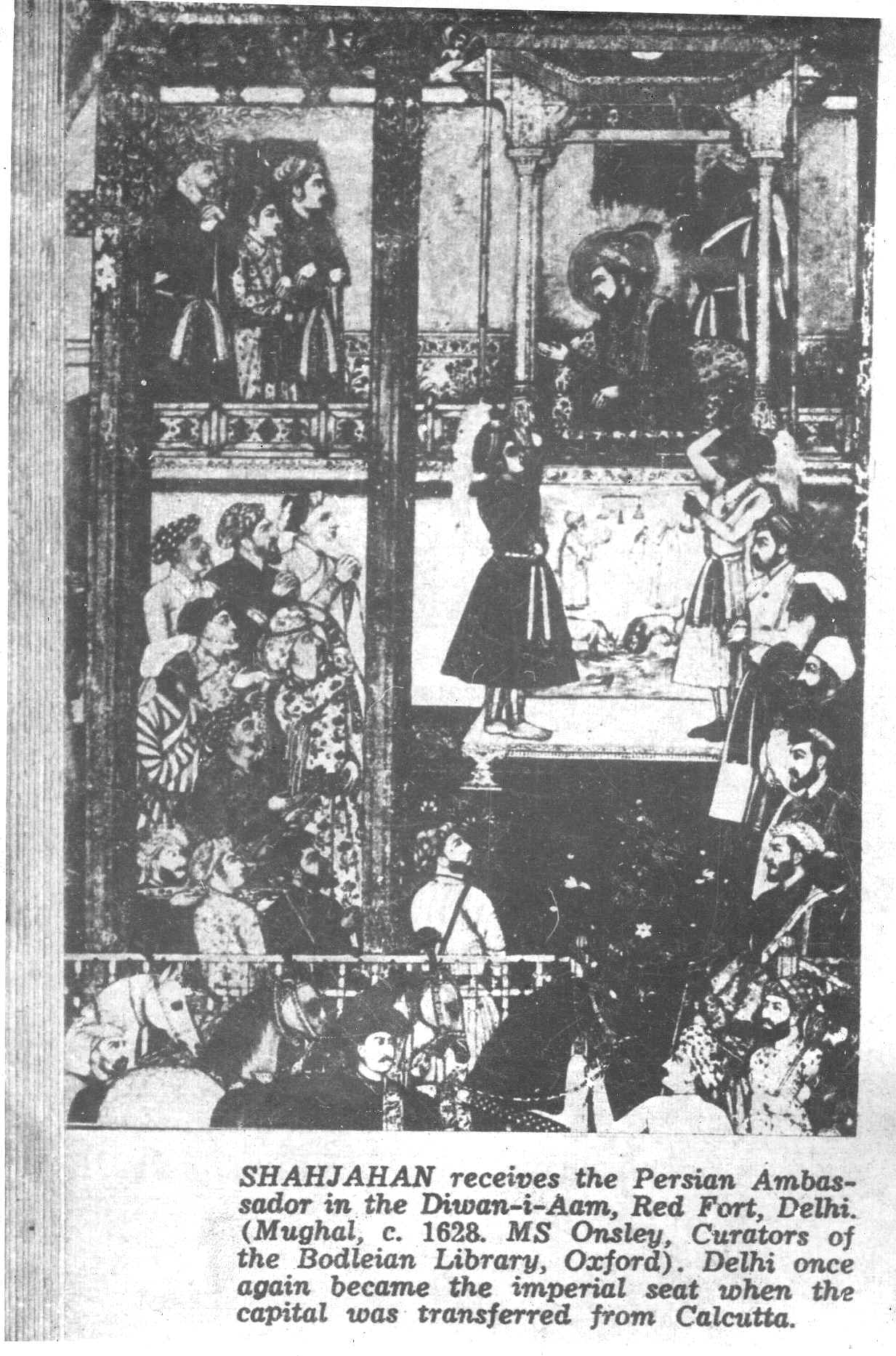