Views of People of India # 3

A one-man band with percussion, strings, vocals and the main ingredient, lots of devotion. A devotee sings glories to the Lord just outside a temple in the holy town of Vrindavana. 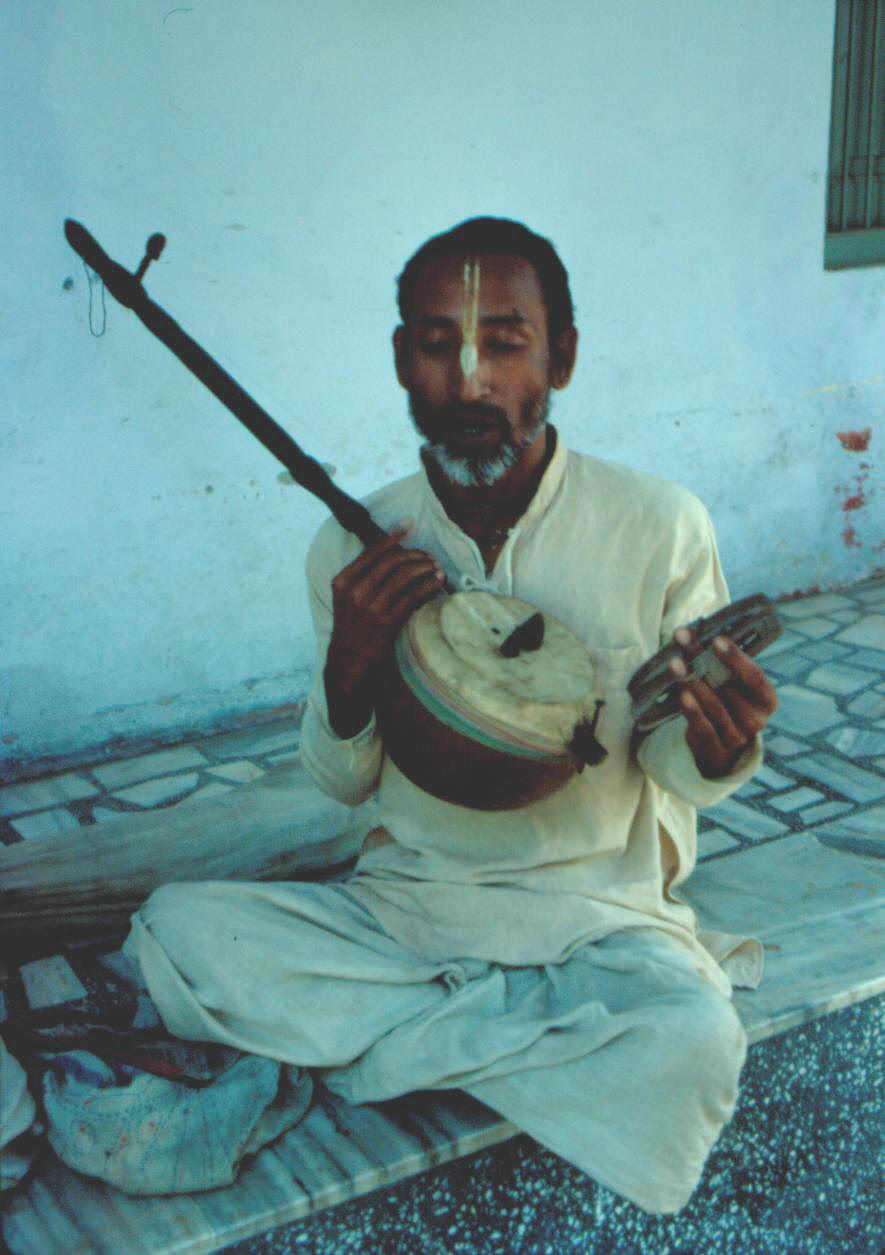 Walking sadhus (holy men) on their way to the next sacred place of pilgrimage, seen in the holy town of Vrindavana. 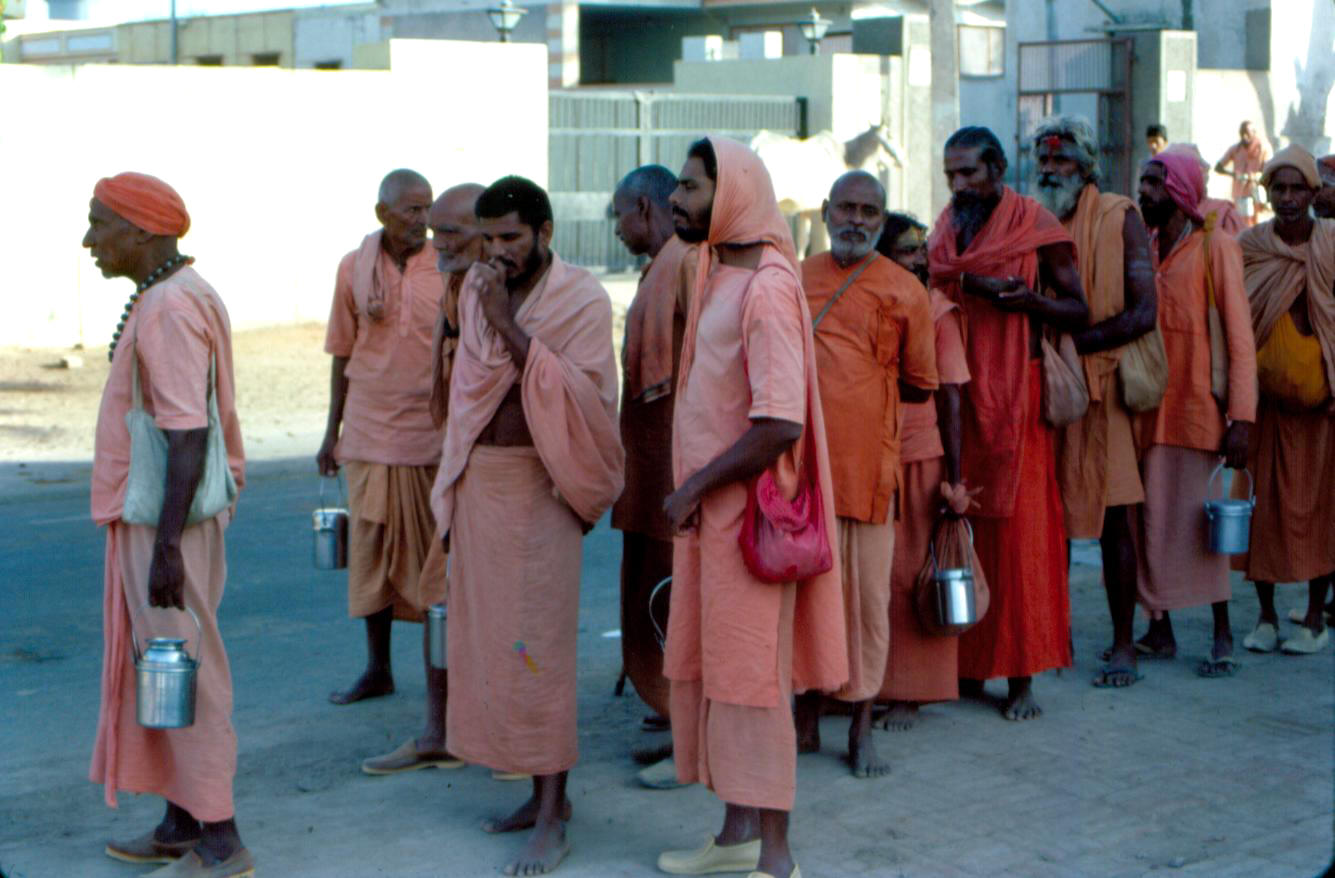 A sight becoming increasingly rare, a steam-driven locomotive train at the station in Varanasi. 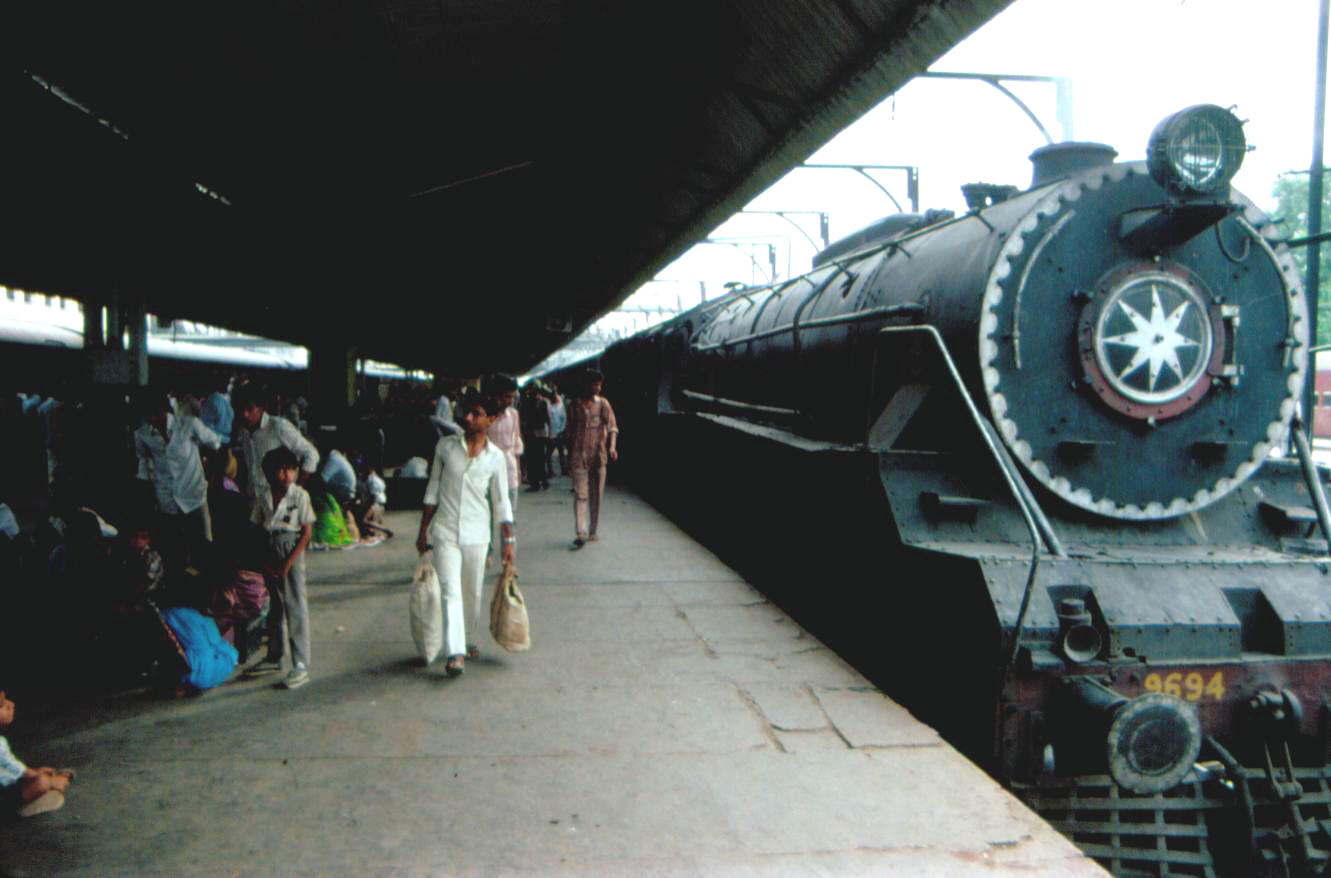 Passing time while riding the train, two police officers and friends play cards. Notice his rifle on the seat behind him. 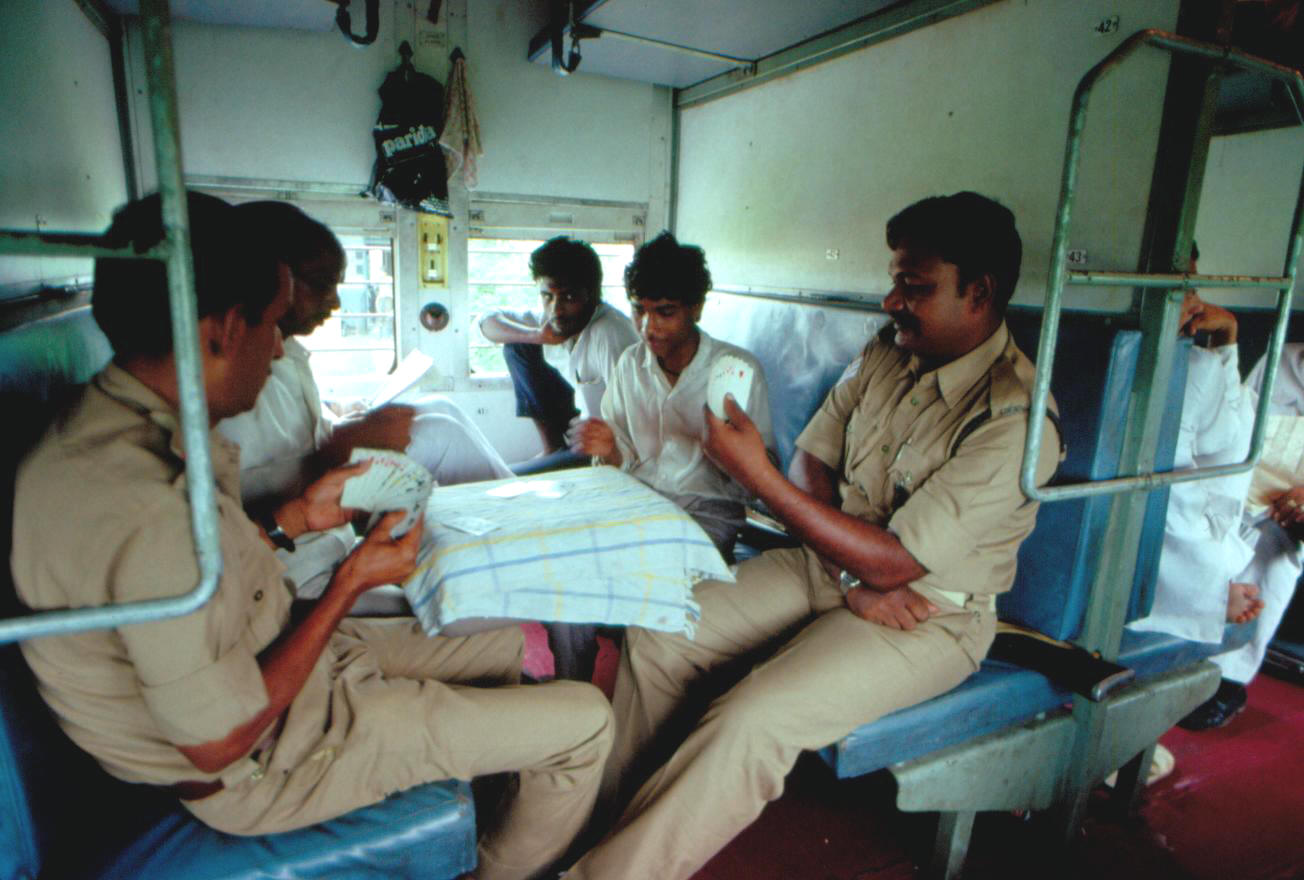 A train vendor serving his goods to a customer, a common sight while riding the trains. 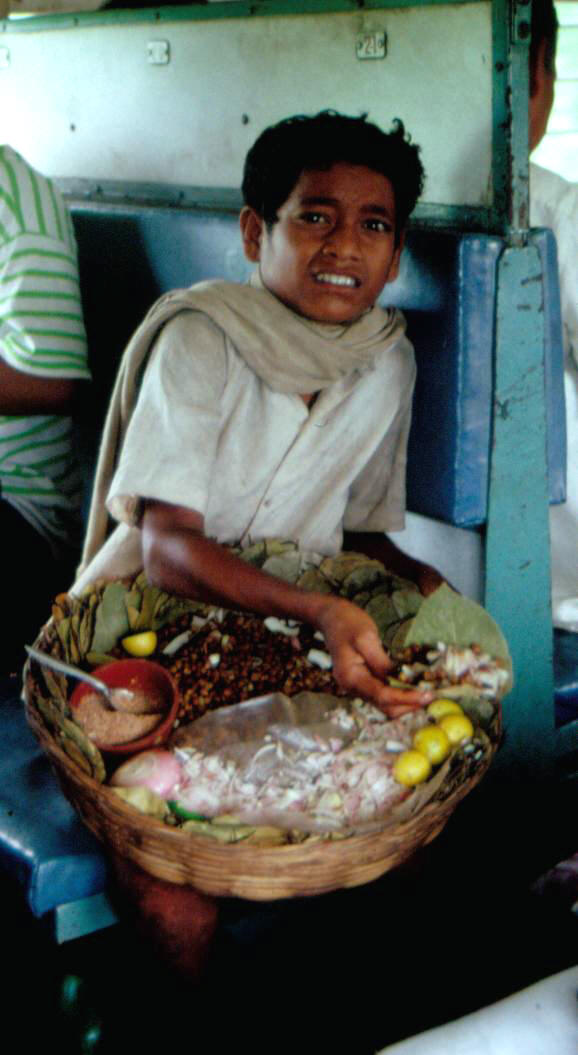 Three blind men making their way through the streets of Old Delhi. 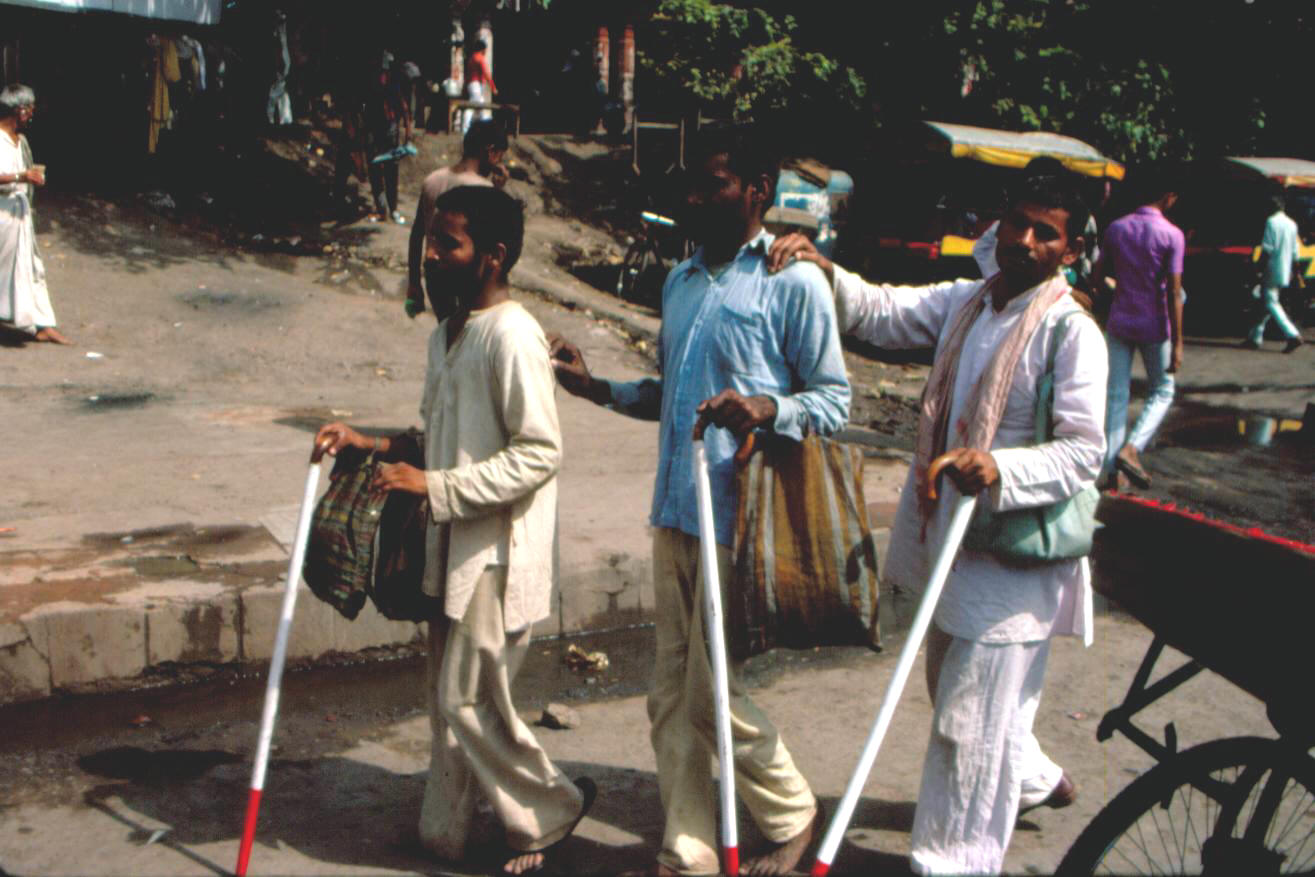 After getting the water at the well, time to bring it back home by easily carrying the pot on her head. 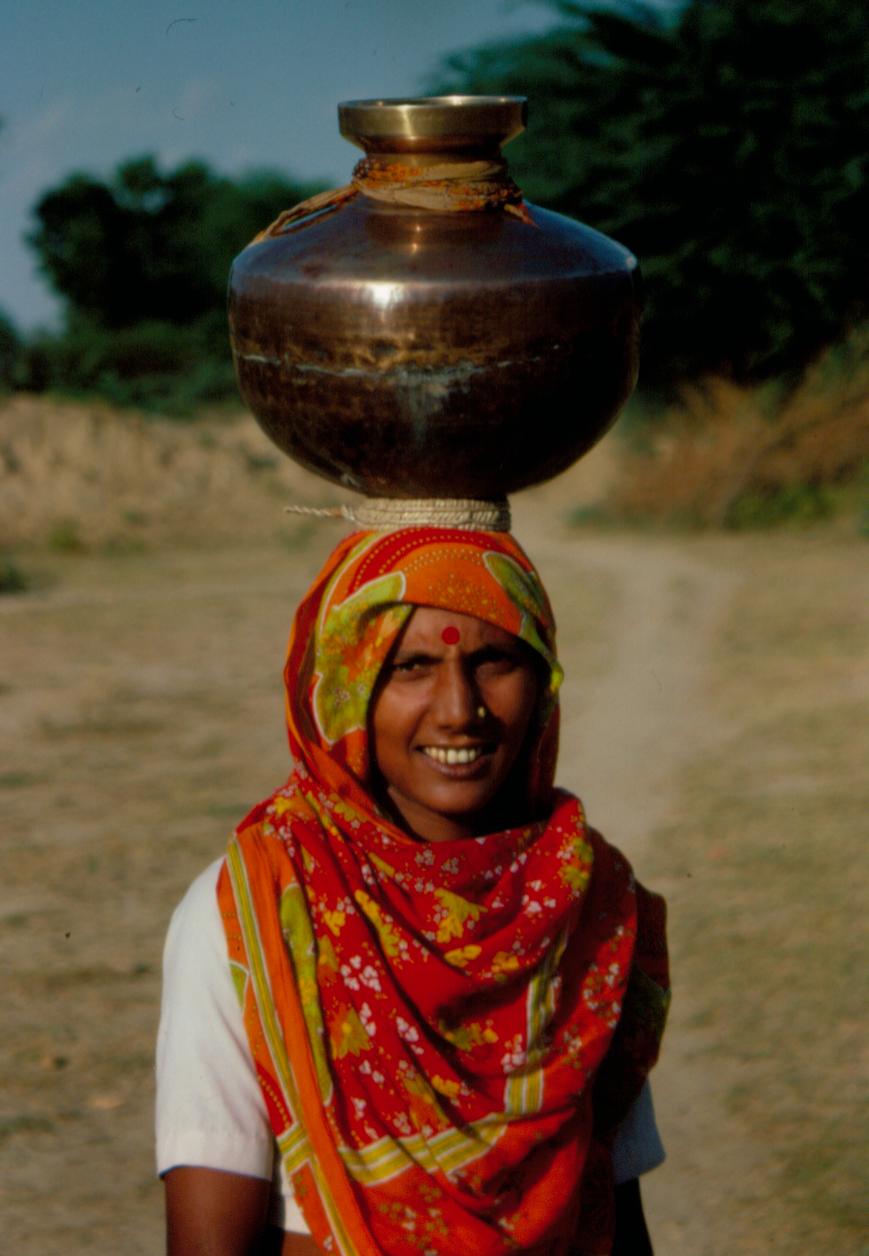 A little and young resident of the holy town of Vrindavana. 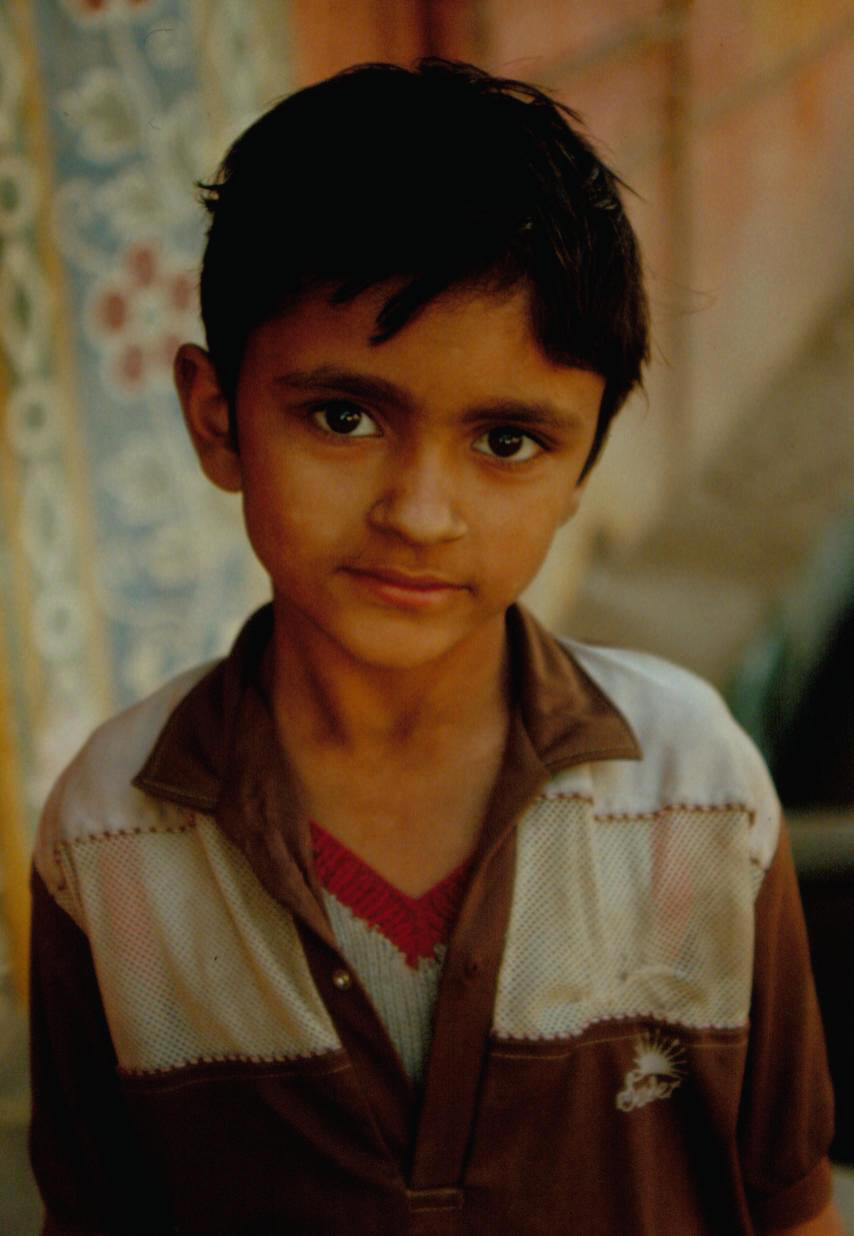 The local youth gang waiting for a needed donation of rupees, chocolate, or America pens, creating some competition for the old sadhus who are also dependent on the generosity of passing pilgrims. 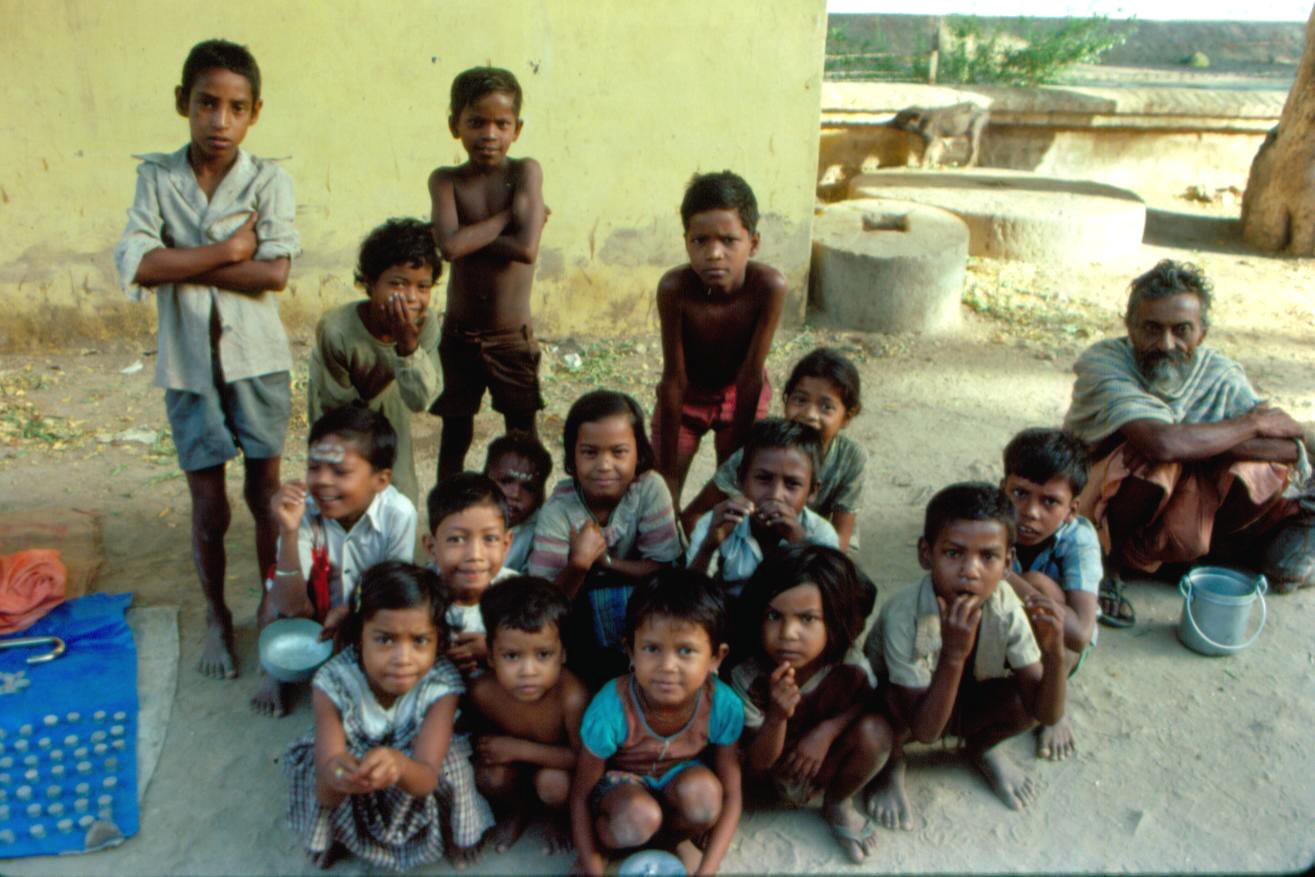 A craftsman making bangles with his paints, fire and beads outside a shop near Connought Place in New Delhi. 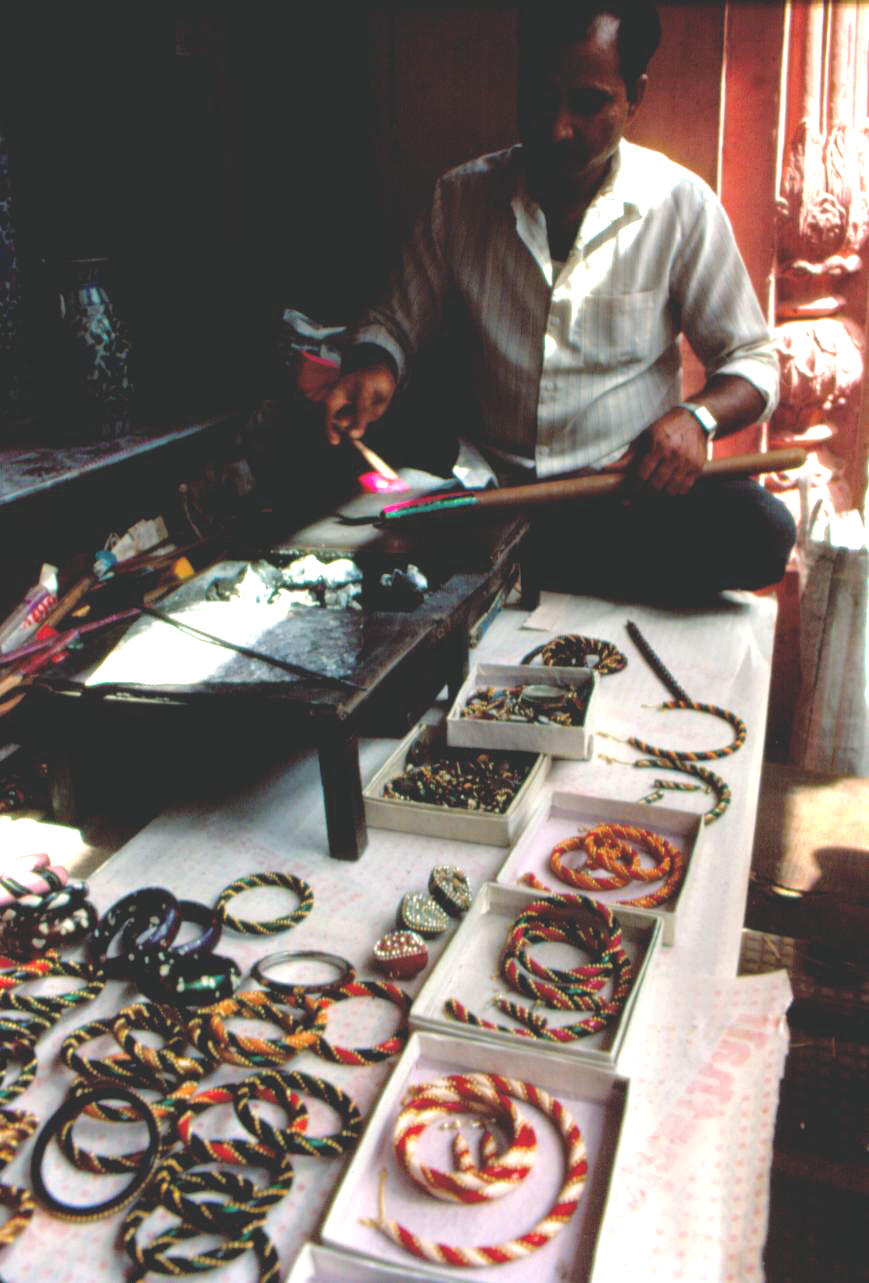